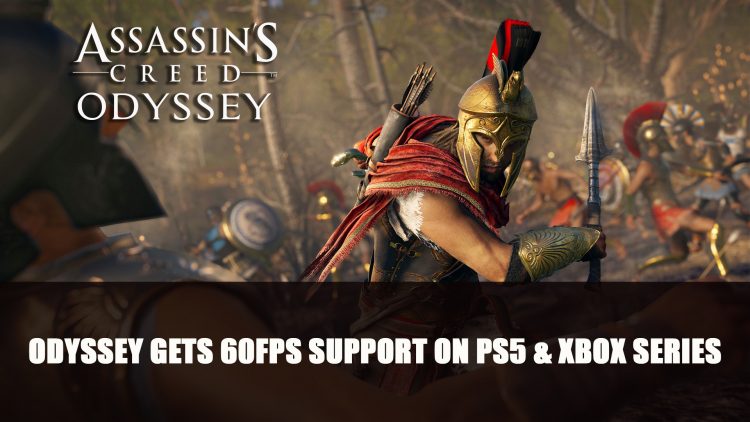 Assassin’s Creed Odyssey on consoles Xbox Series X|S and Playstation 5 will be able to explore ancient Greece at 60 fps with a new game update which arrives today on August 24th.

The current version of Odyssey runs at 30 fps limit through backwards compatibility for current-gen consoles. This will be a welcome change for players gaining an increased frame rate.

The new update will arrive on August 23rd at 11pm PDT and players can expect a 370 MB download for the Xbox One version and 470MB on Playstation 4.

In more Assassin’s Creed news, Assassin’s Creed Valhalla’s next DLC The Siege of Paris expansion will be releasing on August 12th.  It will add a new large story-driven adventure set in Francia. It sets to bring new river raids maps, new Weapons, Abilities, Armor, and Skills.

If you’re curious to know what we thought of Assassin’s Creed Odyssey you can check out our A Voyage in Time Review.

Assassin’s Creed Odyssey is currently available on PC, PS4 and Xbox One.