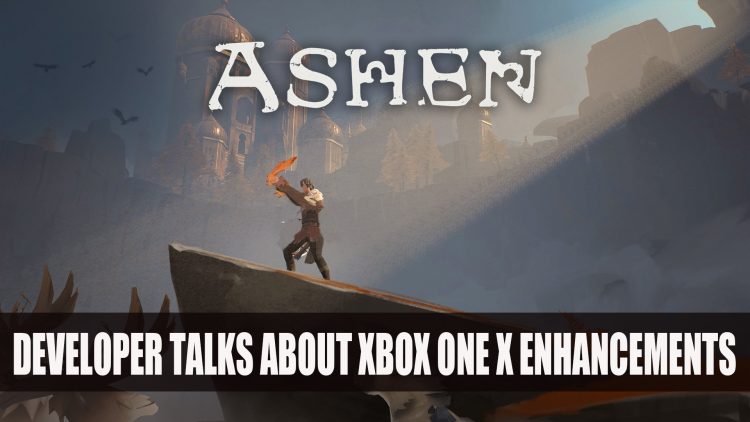 Developer A44 and publisher Annapurna Interactive released their souls-like action-RPG with a twist Ashen last week on PC and Xbox One. The platform Xbox One X comes with some visual enhancements.

Ashen Developer A44 Shares About Xbox One X Enhancements

In an article released on Xbox Wire, both Character & Animation Lead Simon Dasan as well as Lead Designer Mike Vermeulen talked about the implementation of Xbox One X features.

By playing on Xbox One X you have the ability to play in 4K resolution which has increased draw distance and particle effects. A44 believe that the hi-res will give the game’s unusual art-style a more polished look and allows the developer to “truly realize” the game as they wished.

The A44 team aimed to create a deeply immersive world for players to get sucked into. The Xbox One X’s ability to render at 4k, allowed us to truly realize this vision for Ashen… Our stylized world is one where the 4k enhancement really draws you in and breathes an entirely new layer of fidelity onto the world. Developing Ashen for Xbox One X meant that we didn’t need to make any compromises to the original vision and really enhance the overall experience…

At A44 we strive in every way to excel when it comes to quality. Getting access to the Xbox One X hardware allowed us to push forward on enhanced particle effects, view distances and of course, 4K.

Commenting on the developer side of things, A44 said that working on the Xbox One X version of the title was considered “easy” making it a smooth transition. The development for the enhancement on this platform was worked on straight away, as soon A44 received their Xbox One X developer kit. The platform allowed them to “ensure players would experience Ashen at its best”. But this is not the end of the road in terms of creativity for this team as they still have “ideas percolating”.

To put it simply; it was incredibly easy. We had the game running on the hardware the first week we received it, so we could see early on in development what the console is capable of. Because of this, we were able to start utilizing the power and potential very quickly to ensure players would experience Ashen at its best.

With the stylized nature of Ashen, we’re super excited to be able to double down on our ability to render beautiful art in true 4k. Whenever someone is playing the build on an Xbox One X, a crowd forms. We’ve already got ideas percolating for the future, so watch this space!

Ashen is available to play on PC and Xbox One. Those on PC will be happy to hear that the previous issues with multiplayer have now been fixed.