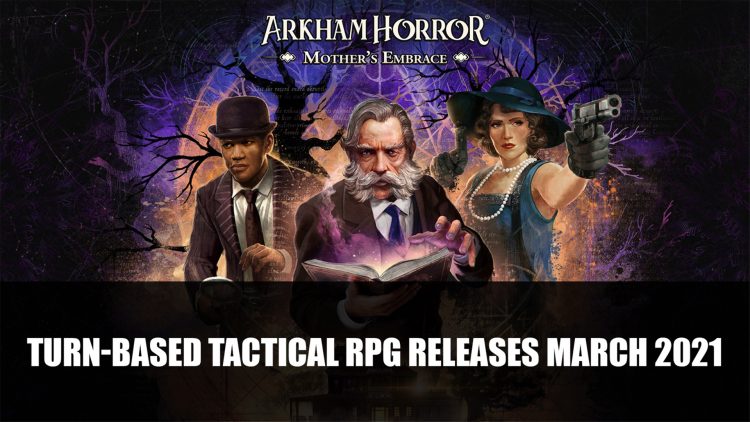 Arkham Horror: Mother’s Embrace is an adaptation of the Arkham Horror board game series, a narrative-driven tactical RPG set in the 1920s. The game takes place in a spooky mansion where a murder has taken place, the victim an astronomy professor.

Developer Asmodee Digital has announced that the game will be coming to Playstation 4, Xbox One, Switch and PC on 23rd March.

Players get to choose from 12 investigators from the Arkham Horror games, each possesses a unique skill set, creating a group who will uncover the mysteries surrounding the mysterious death. Find clues, interrogate and progress through nine chapters, while facing a number of horrors that will plunge your investigators into the depths of madness.

Arkham Horror: Mother’s Embrace will be coming to Playstation 4, Xbox One, Switch and PC on 23rd March. There is currently a 20% pre-order available on Steam, Switch, and Xbox One.

For more news be sure to check out next Blizzard Vows Not To Replace Diablo 2 With Diablo 2: Resurrected and Bethesda Auctions Starfield Character Design With Todd Howard.