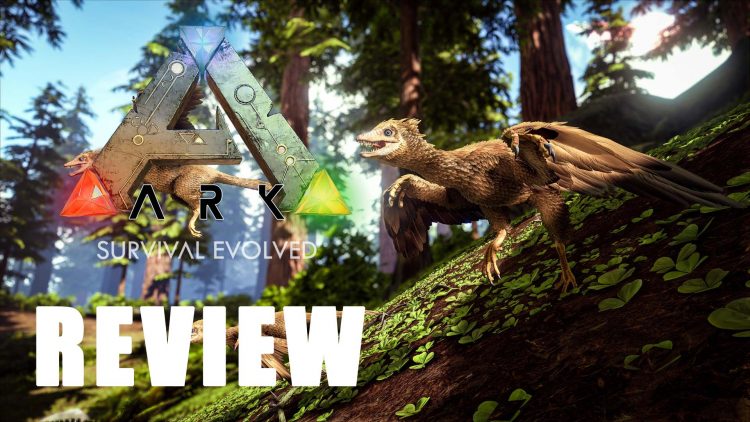 This action survival open world game pits you, as an amnesiac stranded on an island to survive and tame the animals around you.

Ark throws new players on an abandoned beach, which they have no recollection of what happened. Quickly, players will see that this strange island is home to dozens of antique animals and fauna in an ecosystem in which they are quite low  in the food chain.

Besides this, there is no real story; players are the god of the world, they can set some goals and just truck along. The scattered notes throughout the world will give them some insight to the world of Ark. Defeating bosses in “Obelisks” advances the story and at the very end, players will be informed of the visual history of Ark. 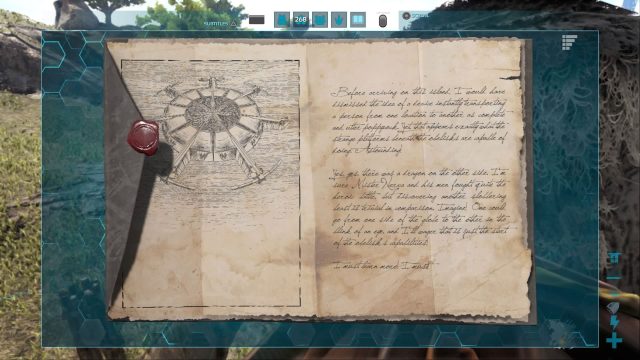 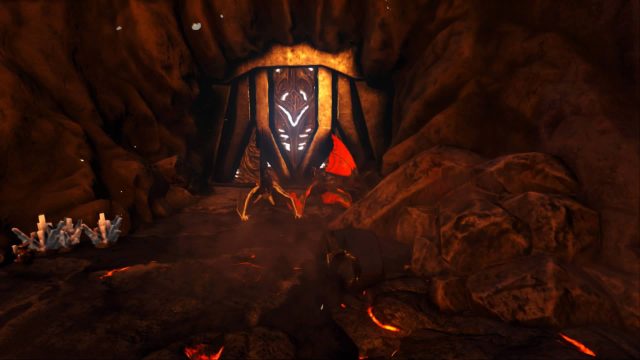 Once starting the game for the first time, the players’ character will wake up on a beach. The first goal will be to create a pickaxe by obtaining stone, thatch, and wood. Gameplay is pretty simple; go out and collect materials from the environment, animal, and fauna to craft items to help ensure survival.

Then, once players are strong enough and have time to invest, they could try taming an animal. There are 2 ways to tame a beast: “Torpor” and “Passive” taming. Torpor taming will have survivors knock out beasts and then nurture them back to health. Passive taming is done by getting close to beasts and offering them food. 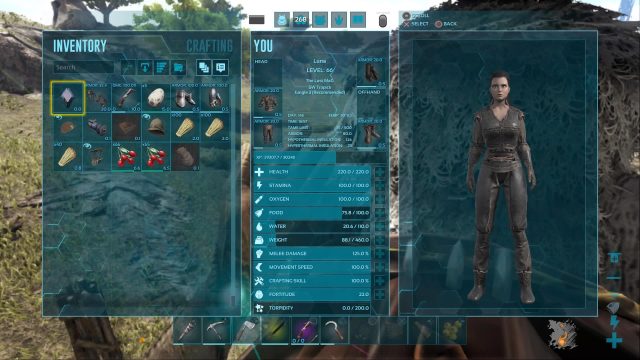 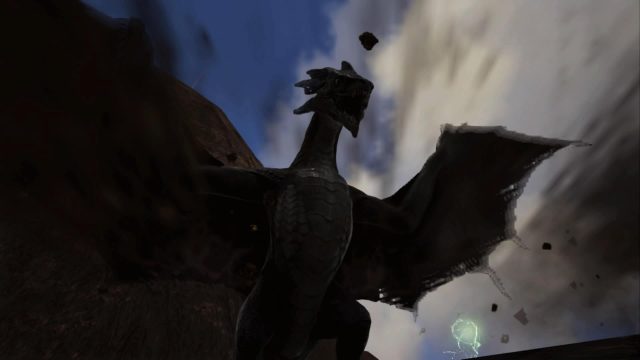 The User Interface is something that isn’t explained by the game. The right-hand bar shows your:

You may also bring up the main menu and look into the stats with more detail.

Players or “Survivors”, creatures, and some structures like a chest have “Inventories“. These inventories have two tabs; One for item storage and the other for crafting items. To make things easy on the players, they have an option to search for a specific item as well as the use of tabs to filter through their inventory. There is a quick item slot at the bottom of the screen that can hold items that are use very frequently.

Players level up by simply walking around the map, killing dinosaurs, and harvesting materials. Each time players level up they can increase their stats and use “Engrams” to be able to craft new tools. Every change made to the players stats are permanent, until a “Mindwipe Tonic” is created so be wary  of haphazardly spending points. 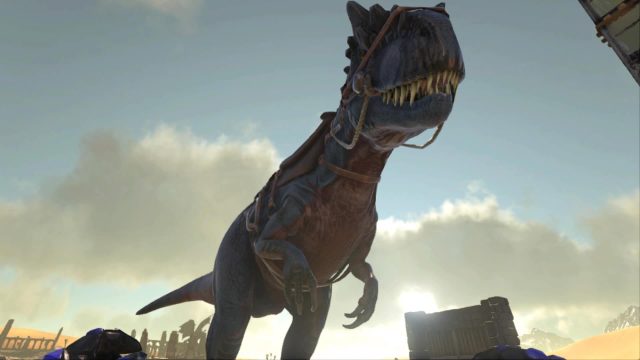 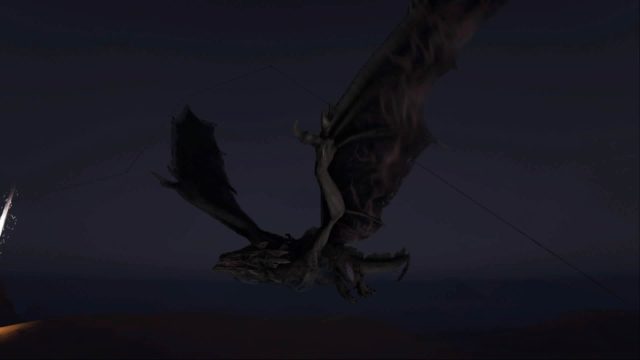 Audio is a bit extreme during some portions of the game; at times being too low to hear much and at other times it is louder than it should. However, being able to hear all the noises of the animals and the ecosystem during gameplay adds a immersive aspect to surviving in the wild with them. 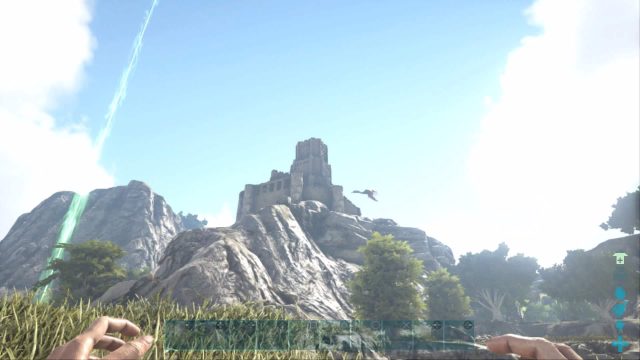 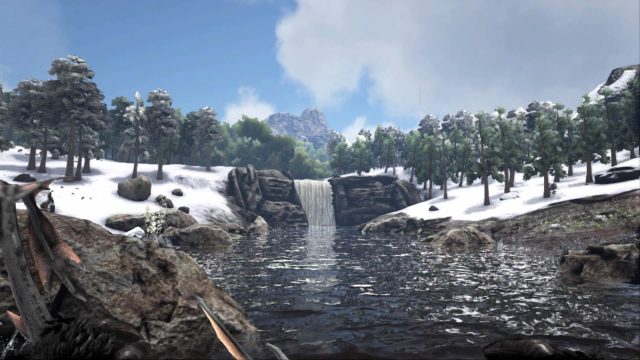 In addition to the audio mishaps, the game has trouble properly loading some of the more intensive areas such as dense forests teeming with fauna and dinosaurs. But, this happens infrequently enough to not adversely impact the players enjoyment of the breathtaking scenery as shown above, and below.

From icy landscapes to sublime beaches, from dodo birds to krakens; players have a wide spectrum of options available to them. If survival games pique your interest, this game wont let you down. 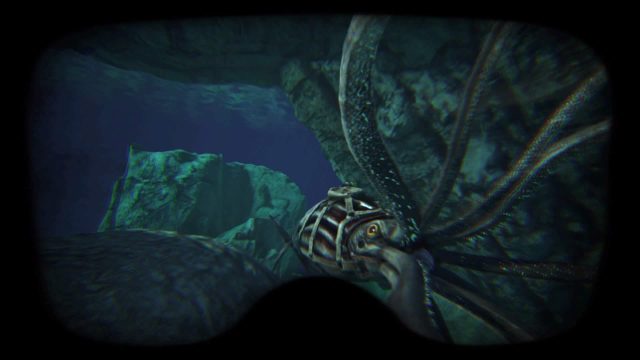 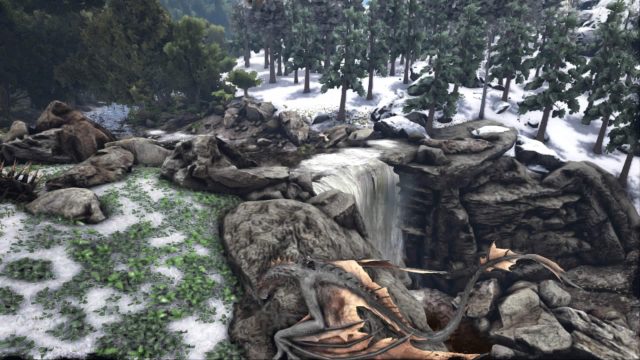 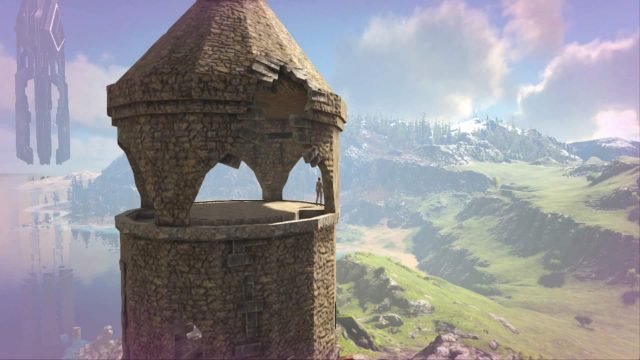 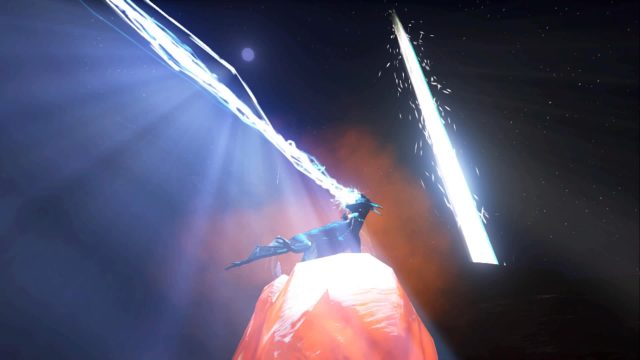 If you enjoyed that, you can check out more Game Reviews!

7.6
Summary: Ark Survival Evolved is a unique open world survivor game pitting players to overcome a harsh ecosystem. They may choose to do so solo or with friends; in addition to playing against other gamers in a showmanship of the most advance hunters. Level opposing villages or work with them in an exchange of services. Ark gives you the opportunity to grow a garden, tame mystical and ancient beasts, and much more; the power of this lies in your forearm and your ambitions.
Story & Setting (5)
Gameplay (8)
Audio & Visual (8)
Replayability (8)
Pricepoint (9)