In this Anvil Gameplay & Hands-On Impressions: Sci-Fi Action Roguelike Shooter, I’m going to discuss the gameplay mechanics, combat system, skills, and progression features of the upcoming roguelike developed and published by Action Square. Anvil Early Access will be released on December 2, 2021 via Steam and Game Pass for Xbox consoles.

Anvil is a top-down, action Roguelike shooter that’s recognizably similar to Risk of Rain 2 in which you progress by collecting currency to buy Relics in order to boost your abilities. You can also upgrade your skills, acquire different weapons, and gain experience along the way. What makes the game exciting and challenging at the same time is the random difficulty curve spikes of the creatures you face. So if you stay longer in an area, their attack power eventually doubles and their defenses become higher for a couple of seconds. 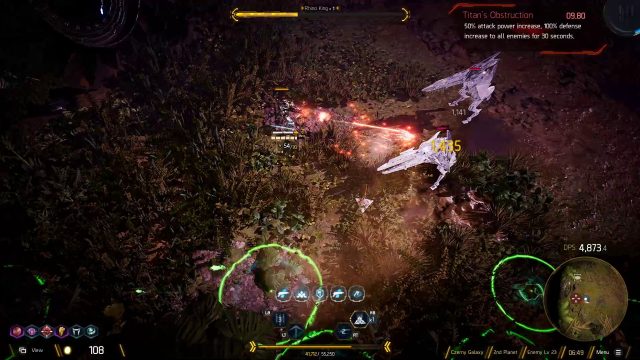 You can expect some sort of progression outside of these levels in the form of Vault Points or experience. The higher your level is, the more rewards you unlock in order to purchase upgrades for that season. Anvil follows a Season format where skill upgrades and Relic stats will be reset and balanced every time a new season begins in accordance with player feedback. This helps keep the game feel fresh while retaining its roguelike feature. But not all of the things that you’ve worked for will be going away as there are some rewards such as skins, which will remain persistent. 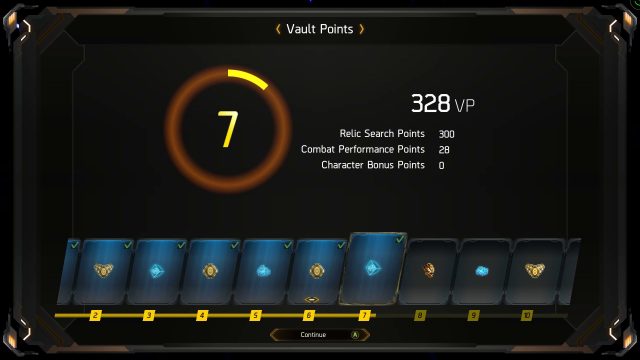 Anvil features singleplayer and co-op modes, Relics to improve your performance in combat, and unique skills. Moreover, you initially have access to 3 classes, which are also referred to as ‘Breakers’, together with the chance to unlock 9 more.

The game is set in Anvil, which is a base where you’re able to switch between different classes as well as equip Relics. You’ll then dive into multiple galaxies in the hopes of preserving humanity by searching for black chests or Vaults containing advanced technology. Alongside this, you’ll engage in wars against aliens to survive. With the help of Breakers, you’re able to push your capabilities to fight these creatures. Every time you fall, you have better chances to progress and to grow more powerful. You start the game in your home base, immediately followed by selecting the first and only unlocked galaxy, which is Czerny. 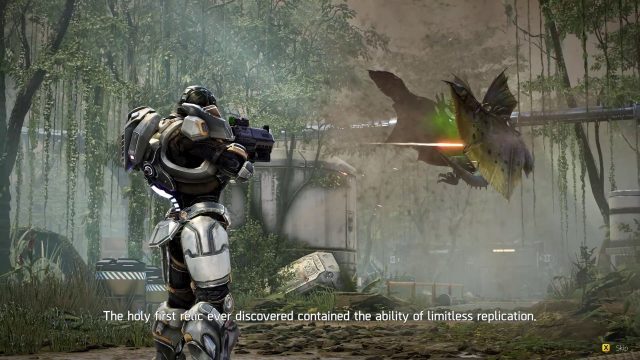 In an attempt to make encounters feel fresh, each of the five stages are randomized regardless of whether or not you enter the same galaxy. However, I do wish that this will transform to become wholly randomly generated areas instead of cycling through only 3-5 locations. Additionally, it would also be nice to add some background or story about the planet you’re about to venture into to keep the missions much more grounded and interesting. Knowing the creatures you’ll be encountering such as their names and stats are helpful in understanding them better and bringing the worlds to life like how it has been done in Hades. 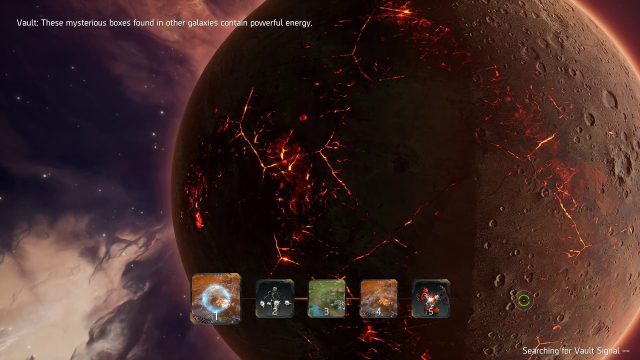 In spite of these issues, combat is fast-paced and exhilarating not only due to its fluidity but also because of the game’s impeccable visual style coupled with amazing audio. In terms of the overall aesthetics and graphical fidelity, you can see how much work is placed in every piece of Anvil’s design, may it be in the locations, creatures or Breakers themselves. For example, the enemies you’ll face are strikingly distinct depending on the biome. You have threatening silver AIs with highly destructive beams pointed directly at you. And even winged dinosaurs that inhabit the wildlife as well as pitcher plants ready to eat you alive. 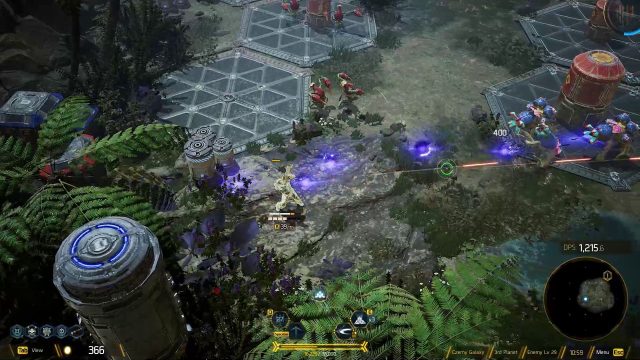 Meanwhile, Breakers also have sleek designs, which represent their playstyles. For instance, one of the available classes in Early Access is Elsa who has a lean frame to support her agility and evasion skills. When it comes to the audio, Anvil’s music and sound effects both remarkably contribute to the excitement of participating in every encounter. Not only do they sound precipitous, but they’re also powerfully loud and rhythmically pounding where each weapon and ability sound different from one another. But I hope that additional voice acted lines will be added in the next few updates as the Breaker’s chants become too repetitive after a while. 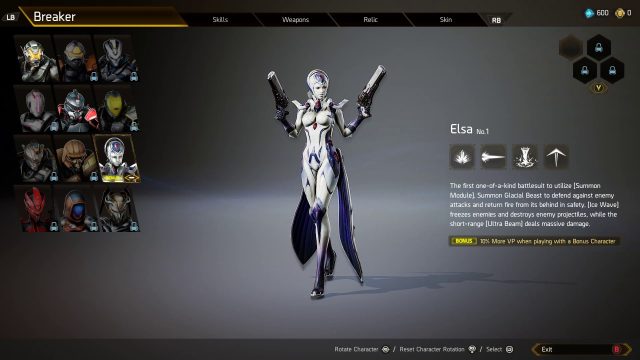 Anvil consists of 3 starting classes or Breakers, namely the Jungler, Guillotine and Elsa. With Jungler, you can set up mines to knock back nearby enemies and drop satellite missiles in order to deal massive damage. Both of these skills also burn targets in the process. What makes this Breaker stand out is the ability to inflict damage effectively from any distance possible. 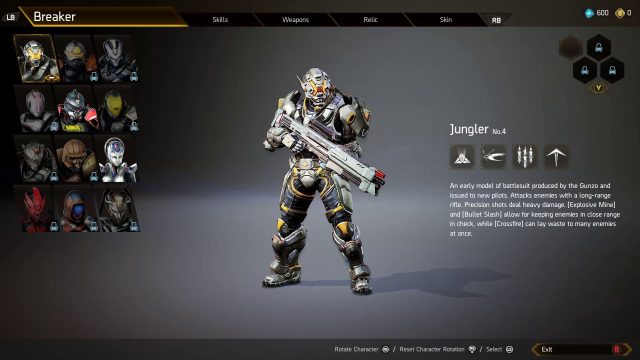 Next is Guillotine, which is the heavier counterpart of the Jungler. This acts as a hybrid tank and damage dealer who is wielding a huge battleaxe. The Guillotine deals great damage in point-blank range. He’s also able to defend himself while charging forward thanks to his trusty shield, block incoming attacks, and steal the health of creatures for personal use. 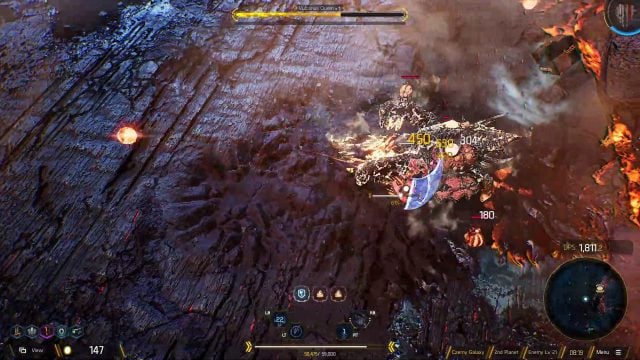 And finally, you have Elsa who is the most lithe of the three. She can summon a glacial beast to act as a tank, quickly teleport from one point to the next, and directly fire an ultrabeam against multiple enemies at once. Elsa is more efficient at close to mid range distances. Similar to most Toy Workers who act as companions that provide you with bonuses in the field, you can unlock the rest of the Breakers by spending Crons, which is the main currency in the game. You’ll be able to earn these by sufficiently leveling up the Season Pass when you finish encounters.

Every run starts by dropping you off into the first stage of the galaxy you’ve chosen. You’ll then be harassed by a large crowd of creatures as you attempt to keep them at bay with your weapon and skills. In each encounter, you’ll come across missions or objectives to complete that particular area. For example, you need to activate a defensive turret or a battle worker before moving forward. Next, there are also Relic Chests in the form of floating cubes, which let you purchase augmentations or Relics with yellow orbs to improve your capabilities. Note that these are temporary and are limited during a single run. 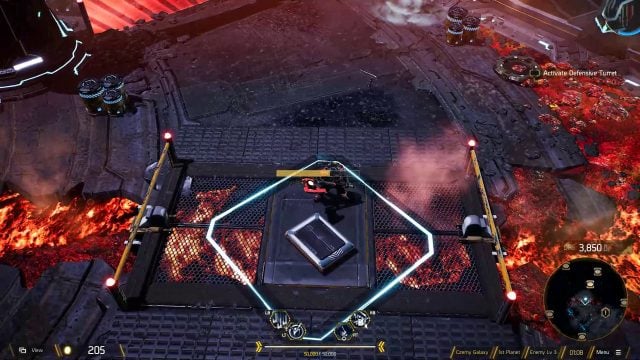 Repetitively buying the same type of Relic allows you to own them outside of the run so you’ll be able to equip it right from the very beginning. However, Breakers only get to equip at most 4 Relics at a time so you have to keep in mind the ones you’ll prioritize. Clearing galaxies unlocks the other Relic slots. Furthermore, you’ll want to invest in extra HP as well as higher defenses and damage to protect yourself from some creatures such as the powerful AIs, which suddenly come out when enemy abilities are enhanced. 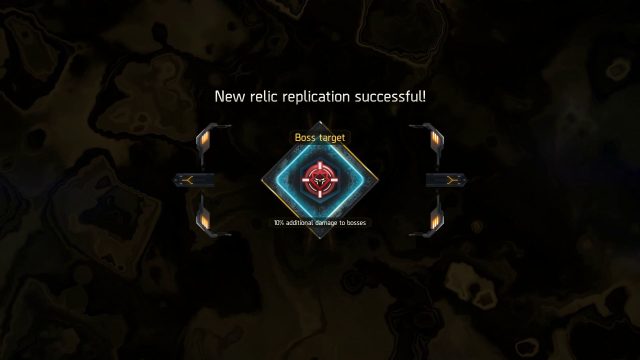 This is triggered when the timer has reached its maximum value, that is, if you linger too long in the area. One example is Titan’s Obstruction that boosts the creatures’ attack power and defenses by 50% and 100%, respectively. Bosses are also unforgiving especially upon reaching the fifth stage of the galaxy. Anvil’s overall combat is definitely fun but the boss encounters themselves feel gimmicky sometimes since one random hit has the potential to completely annihilate you. The minion’s beam a couple of seconds ago wouldn’t kill you but the same skill would, a few minutes later. 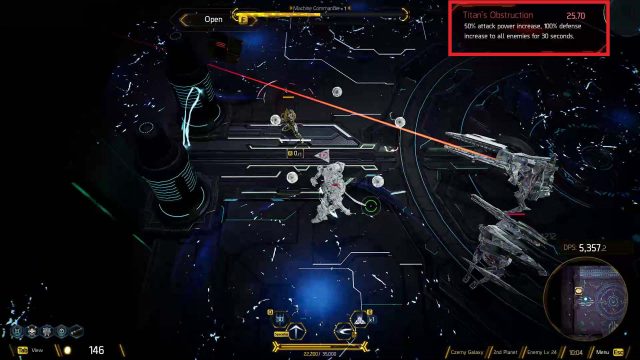 I hope this will be balanced better in succeeding patches in terms of spreading out the difficulty rather than surprising the players with an irregularly single, deadly attack.

Additionally, there are Suit Upgrade Stations, which you can use to upgrade any of your 4 skills,  and they’re scattered across the world. What’s good is you’re able to do this for free but they’re less common than Relic Chests. Skill upgrades aren’t persistent and are therefore only applicable during your entire run. Lastly, you won’t have health potions nor can you carry several weapons to switch between them. Instead, they both drop by chance from the enemies you slay.

As a roguelike, Anvil will undergo seasonal changes every 3 months to introduce new bosses, combat objectives similar to Warframe, including escort, delivery and defense missions, together with new Breakers and Toy Workers. You can also expect balance changes when it comes to skill upgrades, weapon types, and Relics where unpopular ones will be replaced or tweaked. This Season Pass structure allows you to acquire every skin. Cron and season points can be obtained without spending a dime, and currently it’s not difficult to do so. 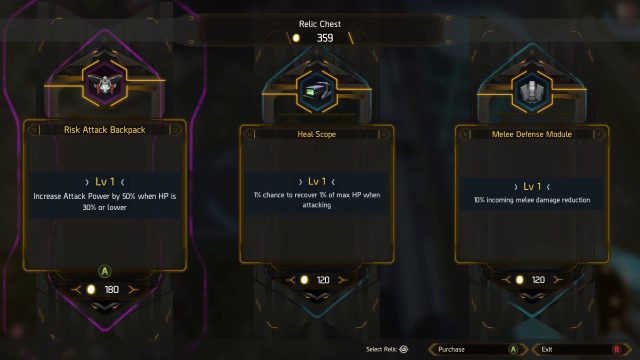 After Early Access and based on player feedback, season upgrades will be improved to show dynamic abilities instead of minute stat buffs. But it’s important to remember that not every form of progress will be wiped at the beginning of a new season. The plan is to retain the Breakers, Toy Workers, corresponding character skins, and amount of Crons that you earn so you won’t completely start with nothing. Note that some unspecified Relics may be carried over to the next season as it’s still being debated by the developers. 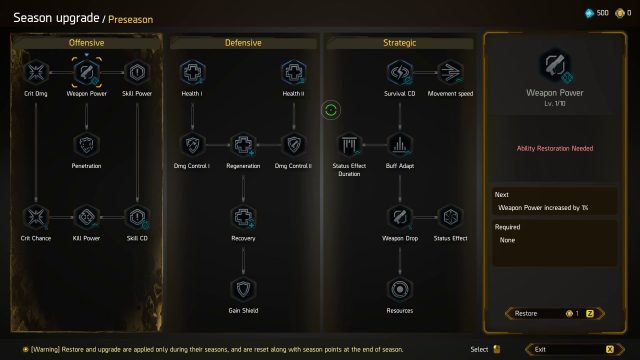 Anvil has an addictive gameplay loop with interesting roguelike mechanics. Not only do the art style, visuals and audio support the level of excitement encounters have to offer, but also, chasing after random loot together with changing playstyles depending on the Breaker you choose are worthy endeavors to keep you playing for longer periods of time. 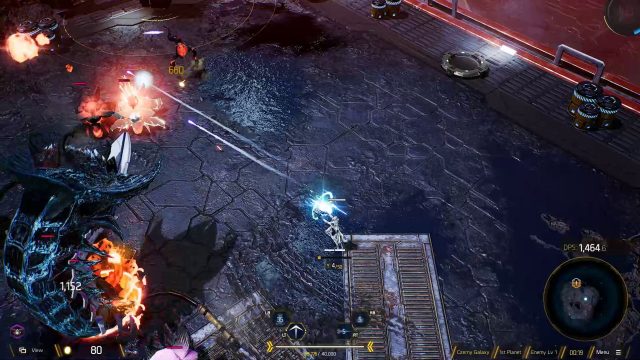 However, there are some issues in terms of the lack of lore, voice acting, and imbalanced boss encounters. But I’m hoping that a lot will change for the better when the game fully launches. If you’re looking for a fast-paced, sci-fi action, roguelike shooter that will bring in changes every couple of months, then you’ll want to give Anvil a try. You can play its Early Access version in a few days although no price has been listed yet.

What do you think of this Anvil Gameplay Impressions? Have you tried out the demo? Will you be diving into Early Access? Let us know in the comments below! Catch more hands-on impressions in our latest previews Lost Ark Closed Beta Gameplay Impressions: Gameplay, Classes, PvP and More and Elden Ring New Gameplay Reveal | 10 Biggest Takeaways.