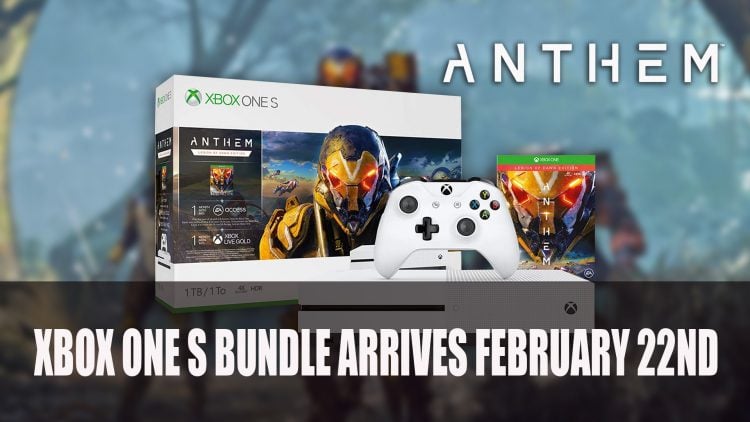 Bioware’s Anthem the highly anticipated MMORPG has a new bundle coming to Xbox One S, this collection will be available on February 22nd.

The bundle announced by Microsoft includes Anthem: Legion of Dawn Edition, an Xbox One S console and one-month free trial of EA Access. This latest bundle will be released on the same day the game launches on February 22nd. 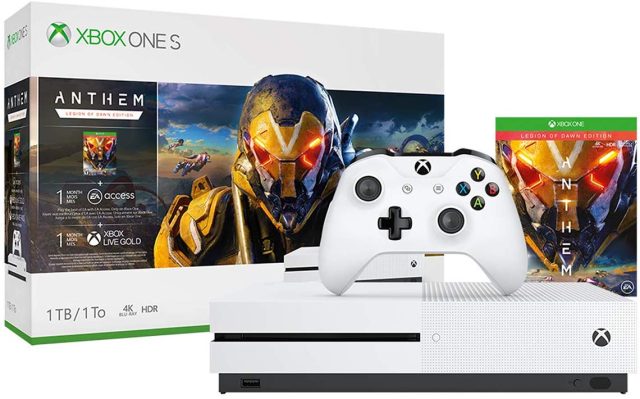 The Legion of Dawn Edition can be considered as Anthem’s version of a deluxe edition which is sold separately for $79.99. This includes legendary weapon and armor packs, as well as a digital soundtrack. The bundle also comes with a free trial for Xbox Live Gold and Xbox Game Pass as well. Anthem is an online game and requires Xbox Live Gold subscription in order to play.

In Anthem players will choose powerful Javelin exosuits, each with great abilities to help even the playing field with the masses of beasts and creatures that have inhabited the land.

The Xbox One S Anthem Bundle is available for pre-order now at GameStop, Amazon, Best Buy, and the Xbox Store. The bundle retails for $299.99. To find out why Anthem made our Top 5 Upcoming RPGs for February 2019 check out our article here.

If you want more Anthem content be sure to check out next Preview – Anthem VIP Demo to see what we can take away from the experience. You should also check out Anthem Producer Reaffirms Loot Boxes Will Not Be In The Game and Bioware Shares How Anthem Could Influence New Dragon Age And Mass Effect Games.