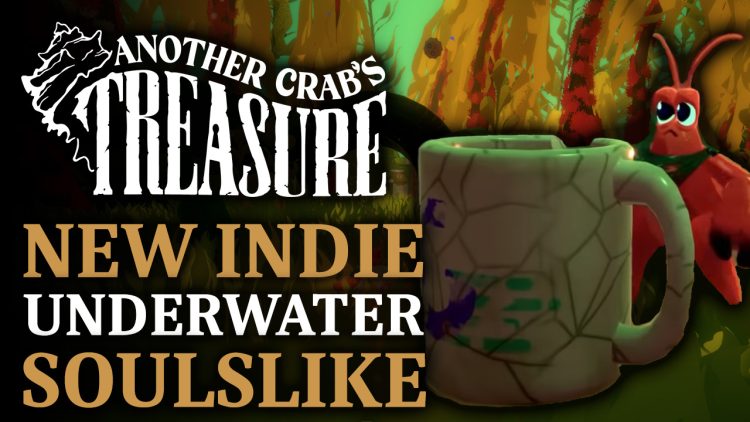 Another Crab’s Treasure is the first Soulslike game to feature a hermit crab hero. The game is a vibrant and humorous take on the beloved genre.

Another Crab’s Treasure Will Be the First Crab-Based Soulslike Game Ever, Coming in 2023

It has come to our attention that there definitely have not been any Soulslike games that thrive under the sea, exploring through kelp and coral. There surely isn’t a Soulslike that features a hermit crab in our Top 10 Soulslikes (list not updated yet to include Elden Ring).

Indie developer Aggro Crab has heard the cry of the few dozen people who want a shell-based Soulslike game. They are proud to answer the call with their second game ever, Another Crab’s Treasure.

Kril the hermit crab lives in a dilapidated undersea world. While beautiful, colorful, and still full of life, the kingdom has been plagued by something that harms humanity as well – trash. The presence of the garbage is also heralding a new sickness known as the Gunk. It is this sickness that has started to plague all aquatic life. 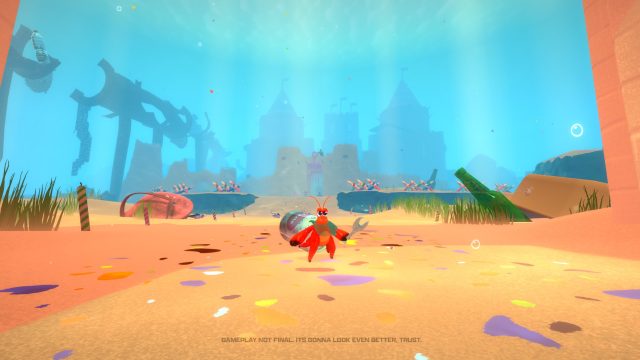 Our hero thus embarks on his quest to be able to save up enough money so he can buy back his missing shell. Throughout his journeys in polluted seas, he will uncover many secrets and face many foes.

In order to protect himself, Kril the hermit crab must make use of the trash scattered all around the seafloor. Garbage is “not only a way of life, but a valuable resource”. Kril can thus brandish trash as a deadly weapon, protective armor, or just a fashionable shell for a change. However, enemies also make use of the discarded waste, using them against you as well.

Is Another Crab’s Treasure

Another Crab’s Treasure has over 50 shells available to Kril to collect and use to defend himself. While not explicitly stated in the trailer or Steam page, different types of trash will likely yield different benefits.

For example, equipping a broken mug would likely give you more protection. Wearing a tin can might provide some speed benefits. Even further, using a thimble with some thread could provide you with ranged options. This is all speculation for the moment, however. 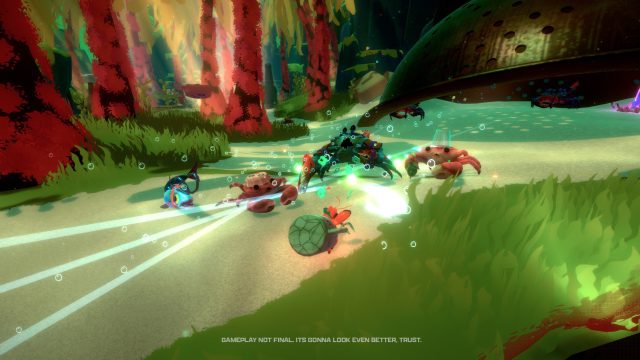 Face Off Against Sea Creatures

Similarly, enemies can protect themselves with those little paper umbrellas commonly used in drinks, shielding themselves against your onslaught. Chopsticks can be used with deadly precision by giant lobsters. Or maybe face off against ancient crabs that have attached cutlery to their pincers, adding much-needed range to their swipes.

Another Crab’s Treasure is definitely enjoying its use of the game’s environment and theme to raise environmental awareness.

To help Kril face off against these underwater threats, he will eventually learn what is called Umami Techniques. These skills and attacks will come from observing enemies make use of them. For example, Kril can learn to use a super punch from watching a Mantis Shrimp. 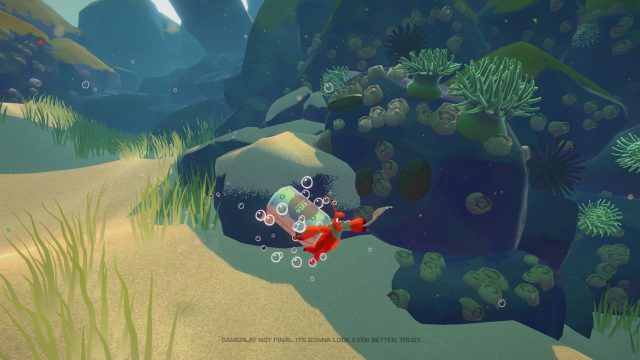 Another Crab’s Treasure is also being aimed to be an “approachable experience for newer soulslike players”. It’s not that the game will be easy, far from it. There will still be many challenges for players that look for it. Difficulty options will be present and aplenty, allowing folks to tailor their experience to their liking.

Under the Sea, Wish I Could Be

The deep blue sea is also wonderful to look at. Another Crab’s Treasure is colorful and vibrant, and still full of life despite the incoming plague. Environments are varied enough to look extremely distinct. 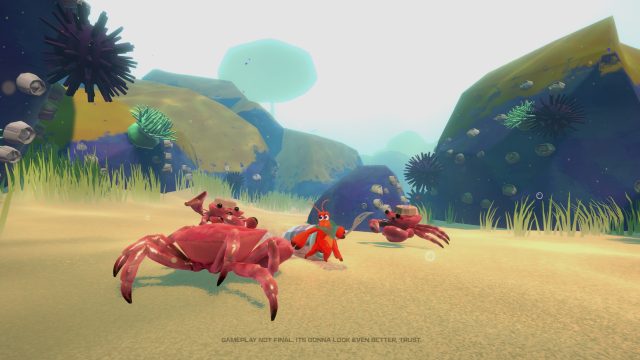 Kril will be able to explore wide-open areas, dwarfed only by decrepit pipelines forgotten by humanity. There will also be coral reefs, still brimming with life and still unharmed by sickness. We will also get tangled up in kelp beds, or explore underwater castles.

While the game already looks quite good, the Steam page also funnily mentions that the screenshots are nowhere near final. They also promise “It’s Gonna Look Even Better. Trust”.

Part of Their World

Another Crab’s Treasure is the second game coming from developers Aggro Crab. Their previous work was Going Under, a satire dungeon crawler that went through the ruins of abandoned startup companies. The title was well-received, so there is good hope that their new project will also be great. 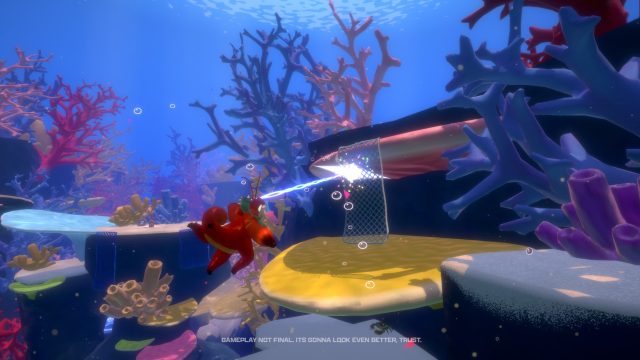 Developer Aggro Crab will be released “sometime in 2023” for an undisclosed price at the moment. It will be available on both the Nintendo Switch and PC.