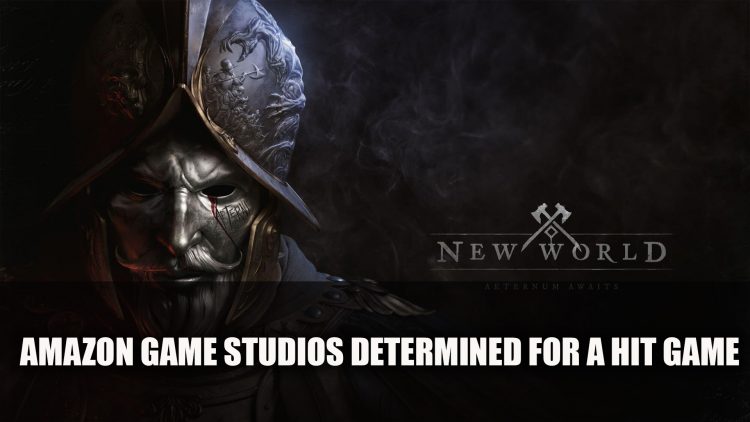 Amazon CEO Andy Jassy has shared that the Amazon Games Studios will keep going until they land themselves a hit game title.

Recently CEO of Amazon Game Studios Andy Jassy sent an email to employees reaffirming that Amazon is still striving forward in the gaming industry. The studio has had a bit of a bumpy ride as their free-to-play hero shooter Crucible did so badly that they canceled the project even after it had released. Their upcoming MMO New World is still in development but has seen a number of delays, with still no confirmed release date.

Despite their shortcomings, Amazon is still in the gaming mindset, and in the email that was sent to Amazon employees (reported by Bloomberg), Jassy shared a message with continued support their gaming ventures:

Some businesses take off in the first year, and others take many years. Though we haven’t consistently succeeded yet in AGS, I believe we will if we hang in there.

Jassy will be taking the place of Jeff Bezos as CEO this summer, adding further strength to this pledge. After spending numerous dollars in the billions, had two big games released, which have not done well, and many other cancelled projects, a win is still needed. A report by Bloomberg revealed Amazon is spending $500 million a year on their video game division, according to sources close to the company. Maybe it will be New World, whenever that will be released? Or The Lords of the Rings MMO which hasn’t gotten many details released so far, but is expected to release in 2022.

This news comes after Google had announced they would be shutting down their in-house game development, concentrating on the Stadia platform and having outside studios develop for the platform. While neither company is short on resources, it can be tricky to navigate the gaming industry especially when they’re new to it and plenty of competition to follow.