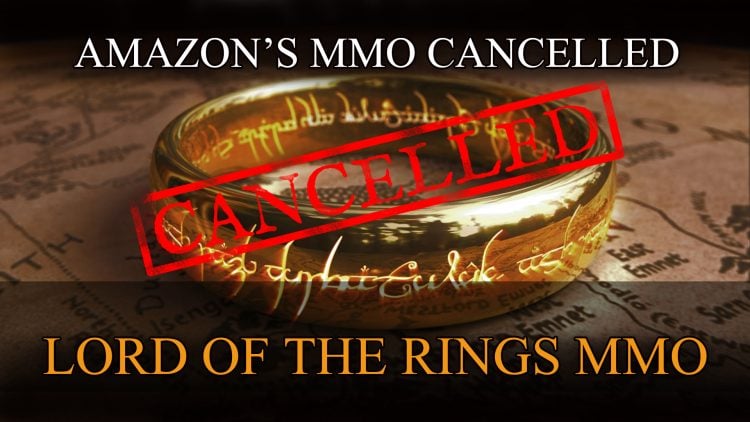 Amazon has now cancelled development for the Lord of the Rings MMO.

According to a report by Bloomberg, Amazon has cancelled development for the MMORPG Lord of the Rings. The game was first announced two years ago in 2019, due to a dispute between Amazon and Chinese corporation Tencent the project will not be moving forward.

In 2019, Amazon revealed their gaming development team, Amazon Game Studios was working on co-developing a free-to-play MMO based on the JRR Tolkien universe of The Lord of the Rings. Amazon was working with Leyou Technologies, with their subsidiary LA-based developer Athlon Games. Leyou also owns Warframe developer Digital Extremes and Splash Damage. But it was in December when Tencent acquired Leyou, which created a new contract negotiation over the Lords of the Rings MMO. In Bloomberg’s report, they stated there was a dispute between the companies, which led to the game’s cancellation.

A spokesperson at Amazon shared with Bloomberg that after Tencent’s acquisition of Leyou the companies could not “secure terms to proceed with this title at this time”. The Amazon team that were working on the game will now be moved to other projects. It was expected that the LOTR MMO would be releasing sometime in 2022, and was set to be published by Amazon outside of the China region.

There was little known about the MMO except that would take place prior to the events of the Lord of the Rings trilogy, and was described as a “AAA experience”, featuring “lands, people and creatures never seen before”.

It’s been a rocky time for Amazon’s games, as they had a few setbacks, with Crucible being ultimately cancelled four months after its release and New World having a number of delays. New World will be launching in August this year and you can find the latest about the game on our New World wiki. Despite these issues, Amazon seems to be determined to have a winner on its hands and continues to invest in their gaming projects.

As for what exactly caused the dispute between Tencent and Amazon, could be a number of things, as the game was suppose to be free to play, it could have come down to how the game would be monetised.

For more news find it here in Baldur’s Gate 3 Implements Hotfix For Improved Loaded Dice and Solasta Crown Of The Magister Leaves Early Access May 27th.