Today, Developer Run Wild Entertainment and Publisher VS. Evil announced Almighty Kill Your Gods, a four player online co-op multiplayer Action Role Playing Game that is set to be released sometime later this year for PC, and we had the opportunity to speak with Vs. Evil about the game and take a closer look at some of the gameplay mechanics that it game offers.

In this Almighty Kill Your Gods preview, we will go through all of the available information about the game, tell you what we learned and give our first impressions of it.

Not much is known about the story of Almighty, but we do know that you will take the role of an Alpha, a magical warrior that uses the power of your ancestors, and that you have been reborn to protect your tribe against the tyranny of the elder gods.

Players will each have their own island that they will upgrade and enhance that will contain their tribe, and you will see it visually change through out the course of the game. 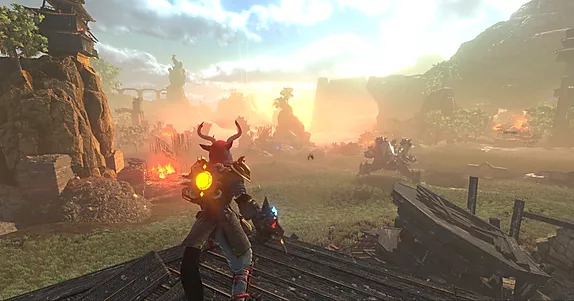 There are four basic “classes” that you choose from when you start Almighty, but the game features a classless system. The four starting classes do not restrict you from using any equipment or skills, but rather give you a starting setup upon which you can build upon or deviate from.

The character you build is free to use any skills and equipment they want, and this will determine what sort of “class” they become. For example, if you want to be a more tanky character, you would equip the “Shield” ability, allowing you to block attacks and play more defensively.

Almighty does have character creation for the player, and Almighty has a customization feature that lets you change your appearance from, eyes, horns, material, and tail. The game also has a Transmog feature that is similar to the one that Dauntless uses, but so far you can only change three categories left gauntlet, right gauntlet and amulet. 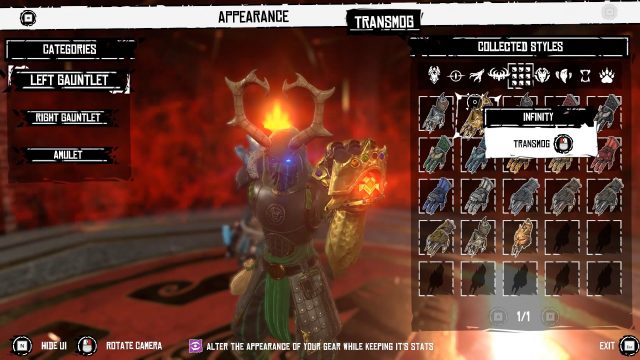 The game itself plays a lot like a third-person shooter, as players move around rapidly and shoot down enemies and gods from ranged a large portion of the time. You have two types of attack to deal damage to the enemies, and an ultimate ability that goes on a long cool down after use. So far we have seen a meteor barrage ultimate ability that calls down you guessed it, meteors, that decimates any enemies in that area. And, a transformation ability, that increases your size, your charging damage and probably defense as well.

Almighty has a large focus on mobility and movement due to the size of the islands you’ll be exploring. You can double jump and glide in the air, as well as sprinting on all fours that damages enemies when you make contact with them. Gliding and sprinting both deplete the blue magic bar over time so use it well.

The game actually reminds me of a mash up of EA’s Anthem, Ubisoft’s The Division and Capcom’s Monster Hunter World. Players are running, jumping, gliding long distances (nearly flying), and unloading tons of projectiles into huge beast like enemies that have enormous health pools and different weak points. Combat seems rather straight forward, as it’s primarily point and shoot from what we’ve seen, and once behemoths are defeated you loot their materials and extract them back to your Island.

Extraction is challenging because you can not escape immediately, but instead you must make it to and defend your extraction portal from attacks for a short amount of time in order to make off your loot. And, as you defeat more and more enemies and extract more and more loot, the Gods become angry and things become more and more challenging. 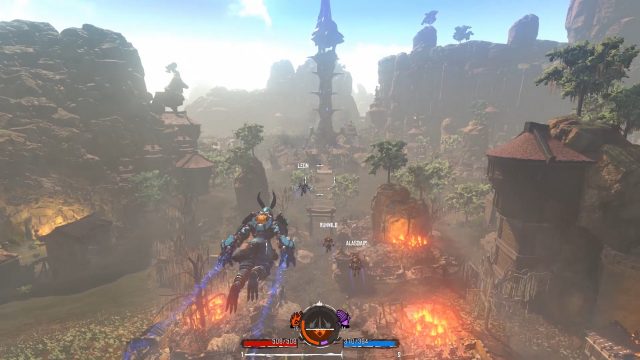 One of the more unique RPG mechanics that Almighty has, is their way of handling character growth. Every player will have an Island of their own that you will need to upgrade when you start the game. You will then seek out other islands that have materials and quests needed to craft better gear and equipment to upgrade your Island. When you have enough gold and materials you can start repairing and upgrading. In order to get materials and rewards, players will need to extract anything they collect by summoning portals at specific locations. 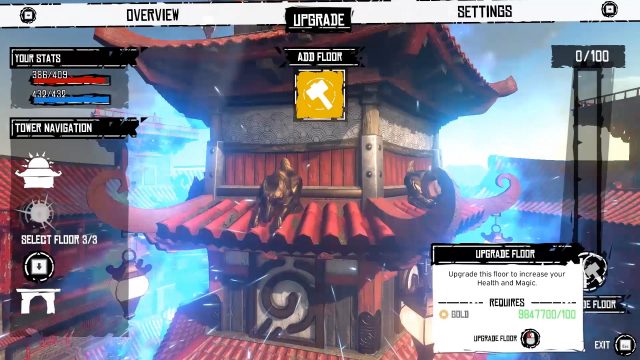 Upgrading and customizing your Island allows you to do several things. You can add defenses that protects your Island from enemy attacks, build farms and mines to increase your economy and build a huge tower that directly increase your character’s health and magic every time you upgrade it.

Eventually, you will be able to open trading routes with your friends and visit each other’s home islands. You can also trigger raids, invite your friends to help, and face powerful enemies together and share the loot. So in short, upgrading your Island not only gives you more features to access, better items to craft and build, but it also improves your character’s stats and opens up other opportunities.

As I mentioned earlier, Almighty is a four player online co-op action role playing game, and the game has a big focus on the co-op aspect, however you can still play the game solo offline if you wish. You can play with your friends or if you don’t have anyone to play with, the game will have a pairing system that pairs you up with the other players in the game, allowing you to group with nearby players if you wish. Additionally, the game does scale to the number of players on each island, increasing in difficulty the bigger “threat” that is posed. 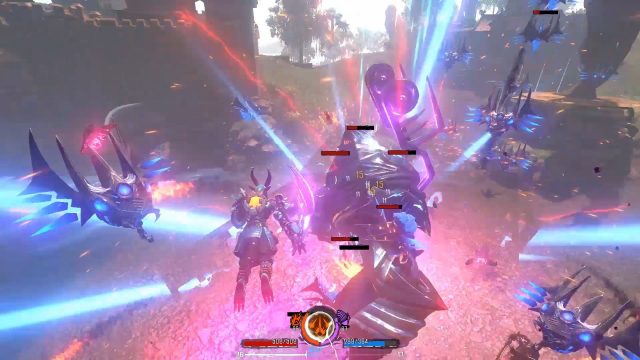 Runwild Entertainment is an independent game development studio, based in South Wales, UK. Founded in 2016 the company is still a relatively unknown studio with Almighty being their first original IP. But that doesn’t mean that they haven’t developed any games. They have previously worked on two titles on a work for hire contract basis. So that alone should tell us that they have the some experience and that they are not complete greenhorns. 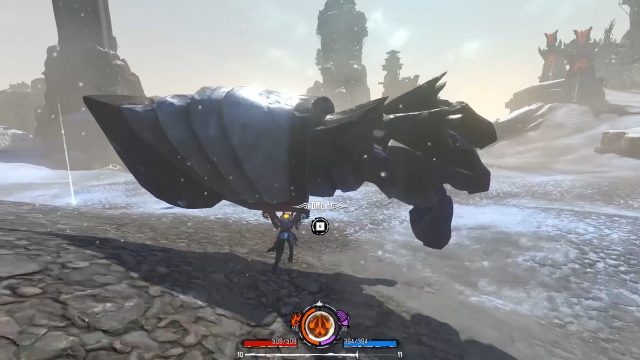 Almighty has a lot of potential, especially the multiplayer aspect of the game. Being able to play with friends is generally more enjoyable than playing alone, and the Island base building feature is also quite unique for this sort of game. It remains to be seen how the game will stack up against the other titles that we’ve compared it to, and with the little we’ve seen so far, there is definitely a danger there of very repetitive gameplay. Especially if the bulk of the combat is just floating and shooting. But, we’ve seen very little of the game as of now, and we should be going hands on with the game in the near future, so you can expect an update from us very soon! 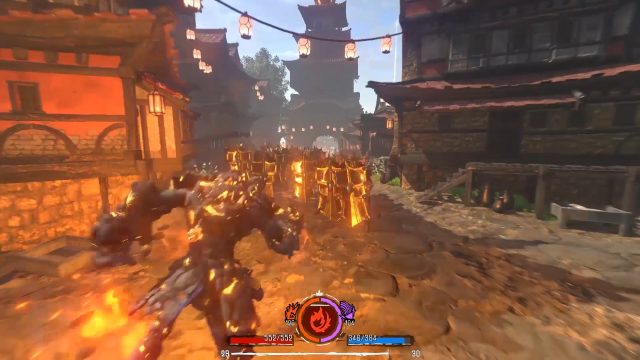 Almighty: Kill Your Gods is an online multiplayer coop action role playing game releasing in fall of this year on PC and consoles sometime later. We will bring you more coverage as new info releases so be sure to follow us, and keep an eye on our YouTube channel.

For more RPG previews be sure to check out next Alaloth Champions Of The Four Kingdoms First Look: Isometric Souls-Like RPG Indie. You can also check out Scarlet Nexus First Impressions: Next-Gen Code Vein? Sign Me Up!.