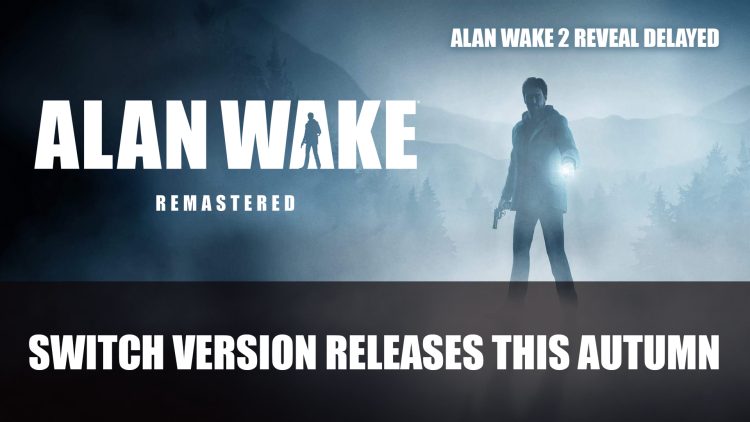 Developer Remedy announce Alan Wake Remastered will be coming to Switch this autumn, along with the news that the next Alan Wake 2 reveal has been delayed.

Alan Wake Remastered will be gaining a native Switch version this August. The news was announced in the anniversary update video released by Remedy Entertainment. The version bundles together the base game plus two expansions The Signal and The Writer, which came to Xbox, Playstation and PC last October. This time, Switch players can pick up the updated version which sets to be ported to the hybrid console.

Having Alan Wake on Switch will also be a great way to experience the adventure once again in a complete package. While the Switch version won’t support 4K, it will provide a handheld experience for those who want to take their adventure to the lake on the go. 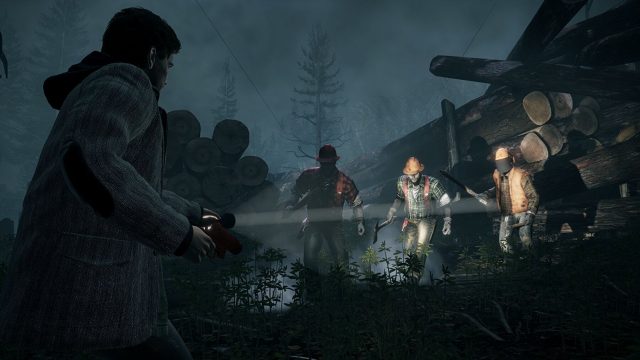 Alan Wake will be coming to Switch this autumn

What Can We Expect From Alan Wake 2?

Previously Remedy had also announced a sequel for the mystery thriller was in the works at The Game Awards 2021. Alan Wake 2 however seems to be a bit far off, and sadly we won’t be seeing any major news updates for its progress just yet. Remedy did share that the development “is going really well” according to creative director Sam Lake. The current state of the game is mostly “playable” at this point, but we won’t be seeing “anything big this summer”.

As for a demo or trailer, a lot goes into this with “several months of work that could take away from development” said Lake. But the good news is that they are “deep in production”. So we won’t be seeing any big reveals anytime soon, as the studio continues to develop the sequel.

Having played the remaster when it was released last year, I hope the sequel will provide just as much intrigue as the first. Lake teased at The Game Awards it would be Remedy’s first “survival horror game” with psychological layers and deep mystery. Remedy has put forth some interesting mechanics, especially with games like Control, which could provide some fun combat. I just hope that Remedy will include more episodes of Night Springs, the fictional TV show series that crops up in the first game.

In case you missed it, check out the teaser for the sequel below:

Alan Wake Beyond the Game

While the sequel is in development another project is underway but this time for TV. An Alan Wake show has been announced by Remedy and AMC, putting the mystery title into a series. AMC in the past has aired such series as Breaking Bad and The Walking Dead.

Both AMC and Remedy will be collaborating on the TV adaptation. Making an Alan Wake TV series seems like a logical move, as there have been quite a few game adaptations in the past such as the ongoing The Witcher which stars Henry Cavill and then there are Netflix animations such as Castlevania.

I would much rather see a live-action as I think Remedy do an amazing job with conveying their narrative and seeing a cast portray the psychological aspects of what goes on in Bright Falls would be amazing in my opinion. It would also be an ode to Twin Peaks or even Alan Wake’s own Night Springs. It will also be interesting to see who will be cast as Alan Wake.

This isn’t the only series set in the Wake universe to be made, there was the 2010 adaption prequel called Bright Falls which focused on Jake Fischer who goes to the area to interview a resident psychiatrist. The mini-series is available to watch currently online if you haven’t caught it. But the Alan Wake TV series sets to be a much bigger production. We look forward to more Alan Wake in all mediums.

For more news find it here in Dead Space Remake Will Release January 2023 and Songs Of Conquest A Hybrid Strategy RPG Is Now Available In Early Access.