A little over three years ago, developer Gamera Interactive and publisher All In! Games announced Alaloth: Champions of the Four Kingdoms, an isometric action role playing game for PC via Steam and Xbox One. It was being developed with the help of legendary RPG designer and writer Chris Avellone, who is best known for his work on titles such as Planescape: Torment, Baldur’s Gate: Dark Aliance, Fallout 2 and Fallout: New Vegas. The game was originally scheduled for a 2018 release but was eventually delayed and fell into a relative obscurity until last year when they released a story trailer, and just three weeks ago released an official gameplay video that showcased character creation, RPG mechanics and of course gameplay.

In this Alaloth: Champions of the Four Kingdoms preview, we want to tell you a bit about what we learned, as well as some of our impressions of the game.

Alaloth is a dark god who turned on his pantheon and came to the mortal realms. And there he lies imprisoned in the Valley of Storms, where the four greats kingdoms of humans, orcs, elves and dwarves intersect. From the valley’s heart, he spreads evil throughout the kingdoms, determined to extinguish any light of hope for all who call this world home.

The world of Alaloth is comprised of four vast territories. To the northwest lies The Goldwood Forest and The Republic of Larastir, with elves keeping the secrets of the gods safe. To the northeast are the mountains named The Fangs of Kemot, home to dwarves that inhabit this great rocky territory: Karak-Hohn. To the southwest, you will discover the wastelands, the Desolation of Baga, where orcs rule. And, in the southeast humans brought civilization to a golden age with a huge bay area of cities, merchants, and prosperous growth: The Blessed Kingdom of Edherest. It will fall to a few champions and their allies to find a way to bring peace to the kingdom and end Alaloth’s reign once and for all. 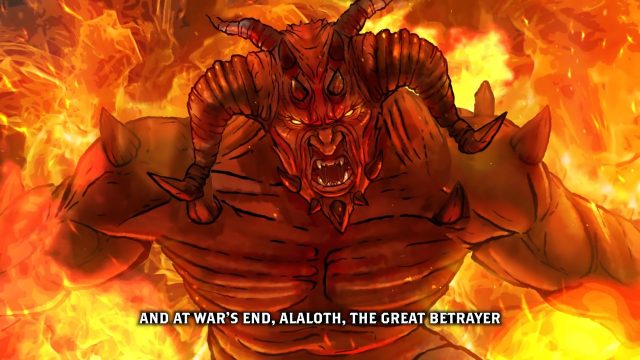 Described as “the very first isometric souls-like game”, the gameplay mechanics of Alaloth are a mix of CRPG, ARPG and Souls-like. Imagine a CRPG where you have more control over your character, but not going as far as a typical ARPGs such as Diablo and Path of Exile, where player characters are usually overpowered to the point where mowing down waves of enemies is just another day for them. This is where the souls-like mechanics comes in and we will get into that later.

The character creation alone is full of options that will let you create a personalize character of your choosing. Race, Racial Skill, Fighting Style, Legacy, Alignment, Deity and Character. 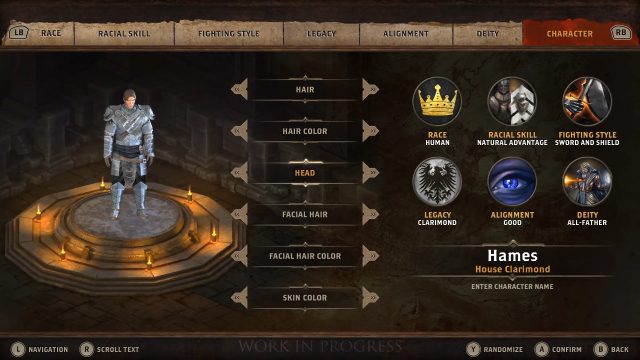 It is important to point out that these choices are permanent and you won’t be able to modify any of these later in the game. So expect to spend some hours in character creation…

As I mentioned earlier, Alaloth’s combat is unlike any other Isometric RPG. Alaloth has a deep combat system that will require more skill from the player than the average ARPG. Enemies are smarter than those you usually encounter in other ARPGs, and taking these enemies on will need precision, patience and strategy. Running through enemies won’t work here, you will need to take your time and try to engage enemies one one one. This is where the souls-like mechanics comes in. Under your health you will see a yellow bar that indicates your energy or stamina, and Alaloth uses a kind of stamina system. Using special abilities or skills depletes your energy and true to a souls-like game: attacking, blocking, dodging left and right, and parrying will also use your stamina. 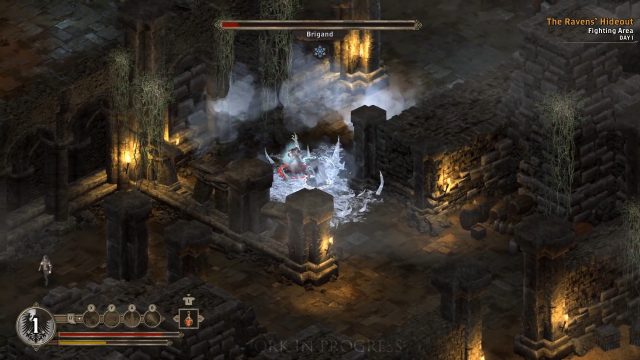 Skills in Alaloth are divided into three categories or trees. Way of Arms, Way of Gods and Way of Nature. And each of these categories has three paths within them that will define your play style.

You can mix and match skills from various paths but you can only have four active skills at any given time, meaning tough choices will need to be made about how you wish to play.

Questing is handled in a similar manner to just about every RPG ever. You can take quests from NPCs, and can also find quest boards or a Fighter’s guild board and take a quest or mission that interests you (very much like The Witcher 3). 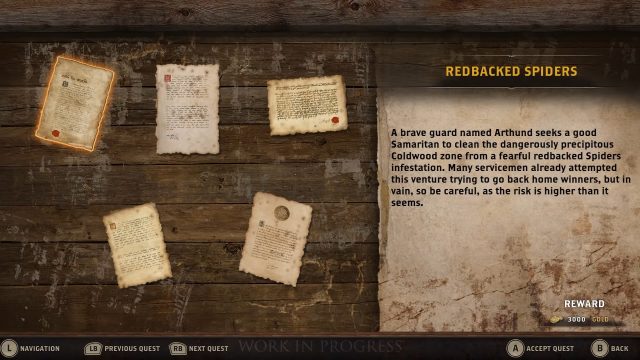 When heading out to do a quest, you will need to open the over world map and choose the location you want to go to. Traversing the map takes time and your movement speed is determined by the road you are traversing, and mount if you have one. Sometimes when traveling on the map you may come across champions from other houses and races, but you can also encounter bandits, which means a trip on the map might very well end in a fight.

Another souls-like mechanic is the death system of the game. When you die you become a ghost on the map until you visit the nearest resurrection shrine. Just remember to head back to the location of your death after your resurrection to collect you equipment, or else you will lose it forever. 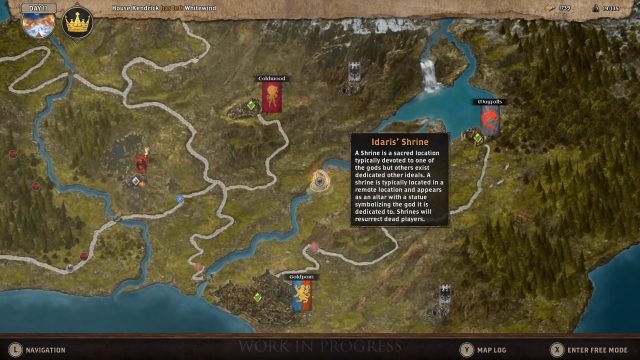 Gamera Interactive is a relatively new game company, based in northern Italy and founded in 2016 by industry veterans, they have been developing games non-stop, and so far they have made 10 games in total, with Alaloth being their biggest game yet.

Alaloth Champions of the Four Kingdoms wasn’t even in our radar until three weeks ago, and we never saw the original teaser and story trailer. Releasing a commentary gameplay presentation of the game was a really smart move, as it has since brought the game to our attention. It is now firmly our on radar, and while the game doesn’t have the greatest graphics, it has its own charm and brings me back to the RPGs of early 2000s with its solid RPG mechanics and excellent vision. As we mentioned earlier Chris Avellon is lending his expertise to the game as a creative consultant and a writer. Having played nearly every game he took part in, we’re looking forward on playing Alaloth.

Alaloth: Champions of the Four Kingdoms releases sometime this year for PC via Steam and Xbox One. We don’t have an exact release date just yet, but will bring you more coverage as new info releases so be sure to follow us, and keep an eye on our YouTube channel.