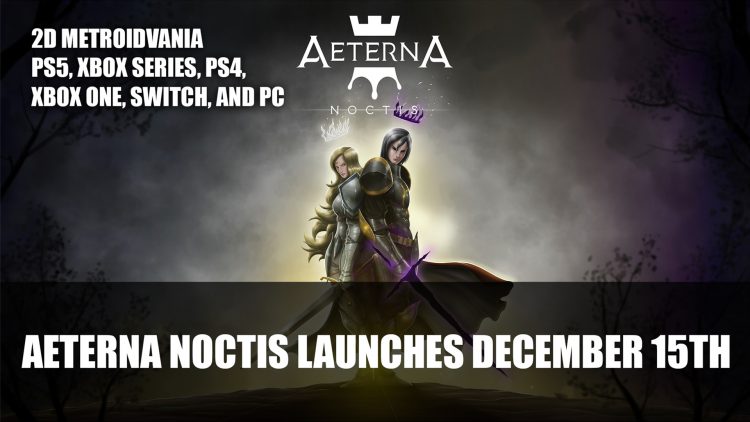 2D hand-drawn metroidvania title Aeterna Noctis will be launching on consoles and PC this December.

The metroidvania title Aeterna Noctis has been announced by Aeternum Game Studios to be launching on PlayStation 5, Xbox Series, PlayStation 4, Xbox One, Switch, and PC via Steam and Epic Games Store on December 15th. The game will be priced at $29.99 / €29.99.

The game is a fantasy set title with a metroidvania experience, pitting players against 16 challenging levels. There are more than 100 different enemies, over 20 powerful bosses and dozens of challenging puzzles.

Set in Aeterna, the story follows the King of Darkness and his never-ending crusade against the Queen of Light. Both have the gift of immortality and spend their days fighting for the throne.

You can check out the key features below:

Aeterna Noctis will release on PlayStation 5, Xbox Series, PlayStation 4, Xbox One, Switch, and PC via Steam and Epic Games Store on December 15th.