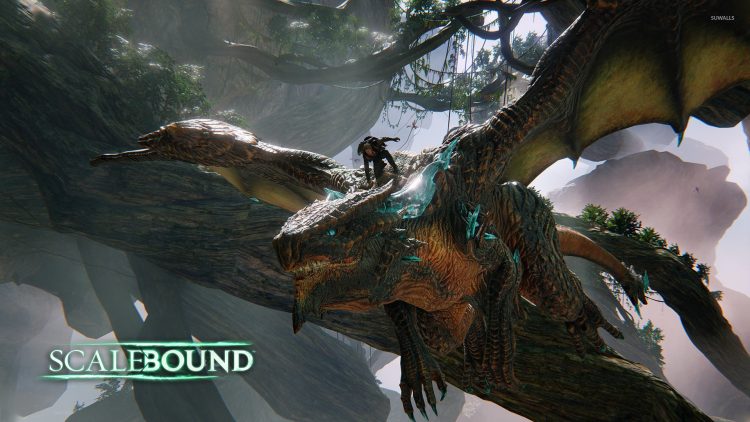 In this article, I will take a look at some of the best games that were cancelled. Why did they suffer such a tragic fate? Also, is there any chance of us ever getting to play these games?

These games died too soon!

As soon as the doctor approaches me, I can tell that it isn’t going to be good news. He sighs and places his right-hand comfortably on my shoulder. “I’m so sorry. There was nothing that we could do,” he says to me. I strain to hold back the tears but it’s useless, they come anyway. “But…why? It seemed to be so healthy…the trailer was beautiful and there were no signs of illness in the concept art.” He sadly shakes his head. “Sometimes, cancellations are just like that. It comes for us all eventually. Is there somebody that you could talk to…like a clan member or your couch co-op game partner perhaps? If not, I can give you the details of an online forum which may be able to offer some comfort in your hour of need.”

I’m still in a state of shock. “But…I never even got to do a fetch quest or visit the inn!” I protest. “There, there…I know it’s difficult. It’s never easy. Perhaps you can play Skyrim again? I hear they’ve just released a VR version…” “Nooooo!” 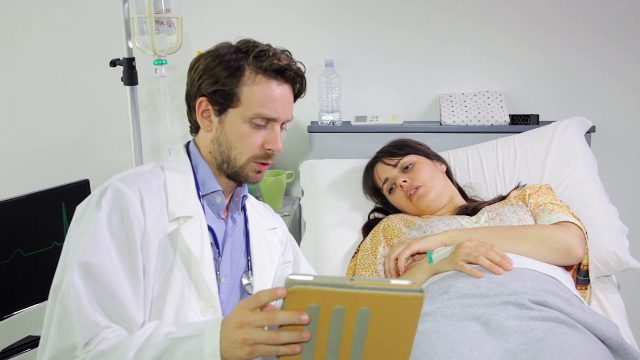 “So you can see from this chart, there were budget issues, staff cuts and the studio’s last game undersold. I’m sorry – this game never had a chance.”

Here’s a look at some of the best and biggest RPG games that were cancelled, starting with Fable Legends.

Fable is a beloved RPG game franchise loved by many. Fable Legends was a big-budget ARPG spin-off that was to be an interesting multiplayer take on the series. One player would control the villains, with the others acting as the heroes. It had a lot of Fable’s signature charm, right down to fart emotes being included for the heroes. Instead, after countless delays, it was cancelled in March 2016. Part of the problem was a number of Lionhead’s key staff leaving in 2012 – including Peter Molyneux, who had grown bored of the Fable franchise. It then went way over budget – a $75 million ARPG that just wasn’t working out. To make the cancellation even more tragic, it signalled the closure of Lionhead Studios.

For Fable Legends, no. For Fable as a whole, yes. Playground Games are strongly rumoured to be developing Fable 4 for Microsoft. Phil Spencer  of Microsoft has commented that the series isn’t dead. 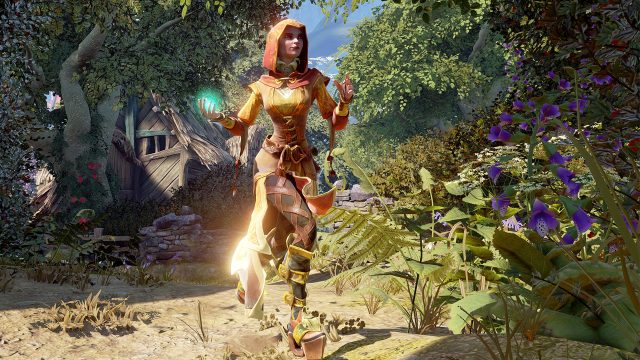 There’s no glory to be found in Fable Legends any more. Only misery. So long, Lionhead Studios.

A game directed by both Hideo Kojima and Guillermo del Toro? Yes please! The P.T demo was amazing – one of the most inventive and frightening horror experiences I’ve played. Yet Silent Hills was cancelled. Konami announced Silent Hills‘ cancellation during the same storm surrounding Kojima’s work on Metal Gear Solid V: The Phantom Pain. And del Toro revealed “it was not a gentle and ambiguous cancellation,” as Konami wiped it out with “a sort of scorched earth approach.”

On the bright side, del Toro said months later that he and Kojima plan to work on a project together — but it won’t be Silent Hills. Konami seems to be focusing on mobile gaming, so it may be a while until you can return to Silent Hill. 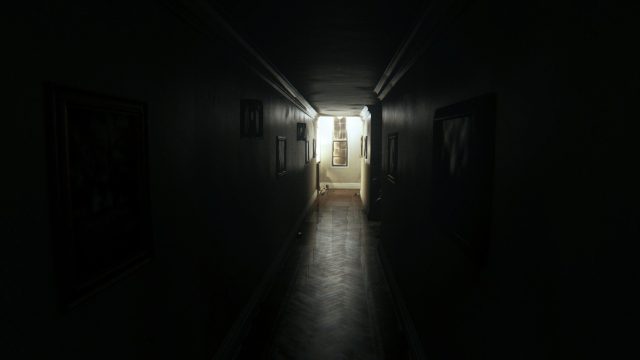 Hallways have never been scarier than in the Silent Hills/P.T demo. Unfortunately the demo has now been deleted from PlayStation Network.

Star Wars 1313 was going to be an action game focusing on the exploits of Boba Fett. So I suppose it would have been a bit like Star Wars: Bounty Hunter, only good. The concept art that was shown of it looked great. Yet Lucasfilm cancelled it, saying they wanted to minimize “the company’s risk while achieving a broader portfolio of quality Star Wars games.”

It’s unlikely that we’ll ever get to play Star Wars 1313 but there’s sure to be many more Star Wars games. Perhaps someday you’ll even get the epic Jar Jar Binks RPG that you’ve always dreamed of. 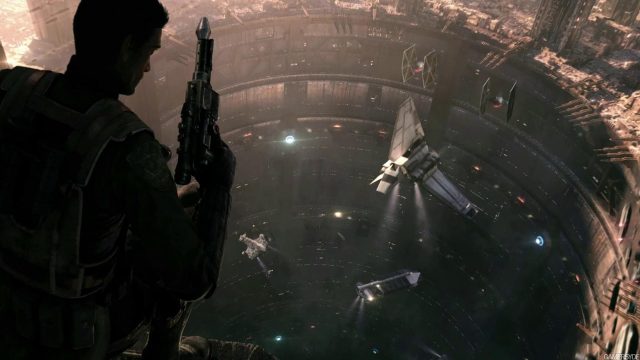 You’ll never get to play Star Wars 1313 but don’t worry. There’s always Star Wars: Bounty Hunter for you to play instead. It’s kind of fun.

Scalebound sounded very promising. PlatinumGames are an amazing developer who have given us Bayonetta and NieR Automata. Plus, it had dragons that you could ride and fight alongside! Everybody loves dragons, right? So what went wrong? We’ll never know for sure. It was scheduled for release in 2016 but fell behind schedule. Microsoft commented: “After careful deliberation, Microsoft Studios has come to the decision to end production for Scalebound.”

Nope. But if you haven’t already done so, you should go and play NieR Automata. What are you waiting for? Why are you still reading this? Go, go, go! 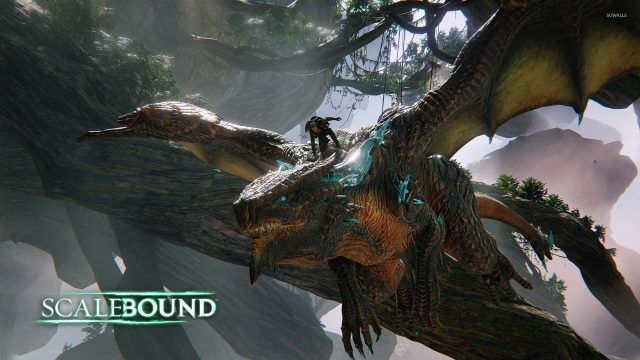 World of Darkness was going to be a vampire-themed MMO by the EVE Online developer, CCP Games. Based in the supernatural world of the tabletop RPG World of Darkness series, the game was going to make a lot of use of player politics and social interaction in its gameplay. It could have been amazing but after eight years in development, it was cancelled.

Unfortunately, no. Fortunately, Dotnod are making a vampire RPG called Vampyr which will be released in June. You could also play Vampire the Masquerade: Bloodlines on Steam. It’s in the World of Darkness universe and it is bloody good. 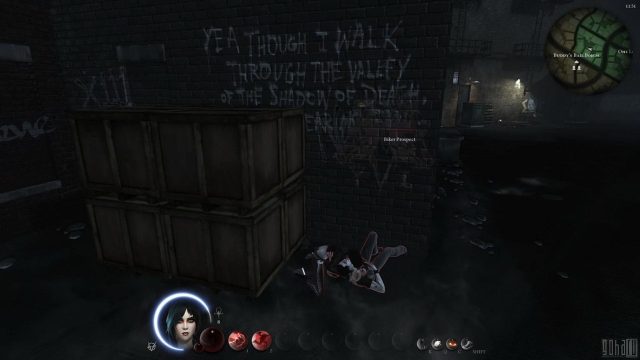 You won’t get to play the World of Darkness MMO but you could play Vampire the Masquerade: Bloodlines on your PC. The tabletop RPGs are fun too.

Which cancelled games were you most looking forward to playing? Please comment below and let us know!

3 comments on “The best games that you may never get to play. Cancelled games.”