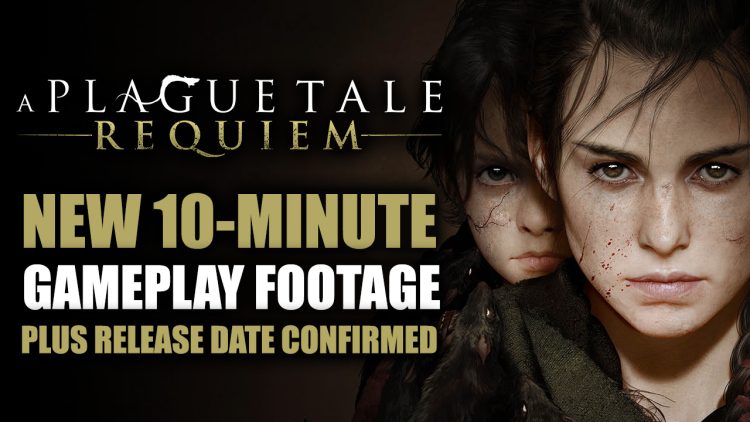 A Plague Tale: Requiem, the stealth game passion project by Asobo Studio and follow-up to their 2019 hit showed off 10 minutes of new gameplay footage.

Fans of the 2019 stealthy rat-powered game, A Plague Tale: Innocence have something to look forward to this Winter season! Recently announced alongside a 10-minute gameplay trailer was the confirmation of the October 18, 2022 release date of the highly anticipated sequel A Plague Tale: Requiem. 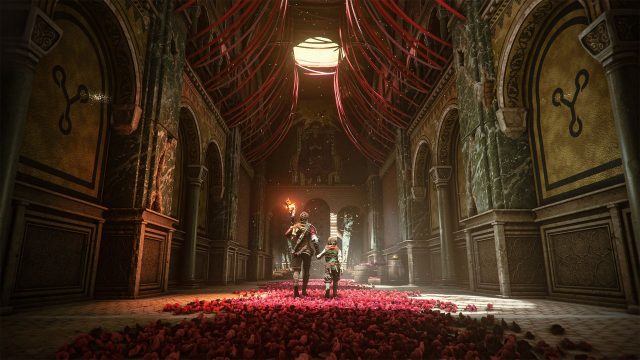 The footage contained a brief glimpse of the story. A Plague Tale: Requiem picks up right where Innocence left off. Noble siblings Hugo and Amicia are on the run yet again, this time in search of a mystical island that is said to help Hugo cure and control his newfound powers.

Our heroes are placed in quite the sticky predicament at the onset of the gameplay footage. Armored knights and steely-eyed marksmen are on the hunt for their hapless prey yet again. However, the siblings aren’t unprepared in the slightest. 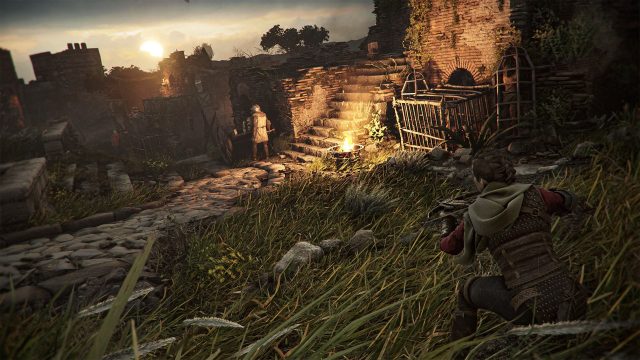 Players will take control of Amicia again in A Plague Tale: Requiem. She will have access to many familiar tools from the first game, such as a slingshot, clay pots for distractions, and more. However, the events of the past game have changed her and she is no longer afraid (though injured). She now has access to a rather satisfying crossbow, and even more tricks up her sleeve.

Footage shows Amicia brutally stabbing enemy guards in the jaw, killing them instantly with these painful stealth attacks. She can lure enemies into the tall grass, which is traditionally used to hide in. This time around, she can even ignite the grass with some well-placed alchemical reagents, burning enemies to a crisp. Amicia can also throw projectiles that explode into a white powder, briefly stunning and blinding enemies. 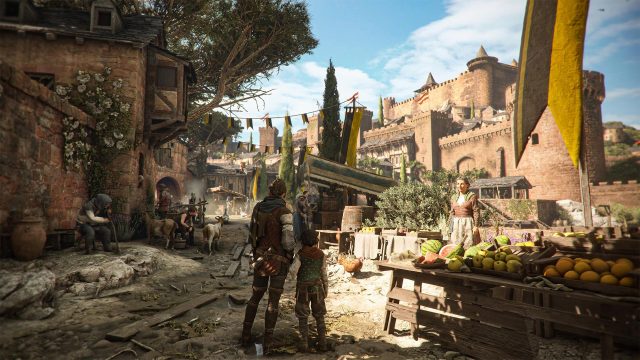 Hugo and Amicia Are on the Run

Stealth is still the main highlight of the game, however. Amicia is hardly a warrior, though she can definitely hold her own.

The rats were eerily missing for the majority of the gameplay footage of A Plague Tale: Requiem. Hugo did mention that he could feel their presence, and that was enough to awaken a new power in him. New to Requiem is the ability of Hugo to use the Rats’ senses to his advantage. 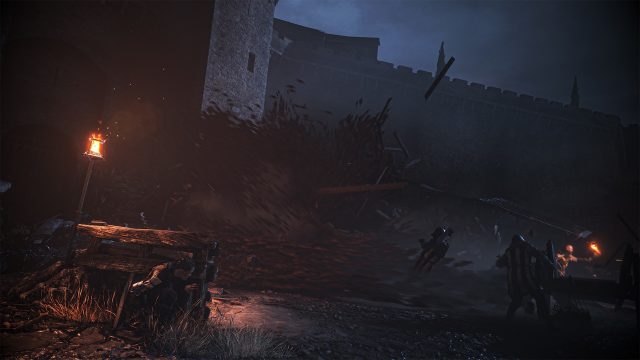 Hugo can occasionally call on the vermins’ help to “see” where enemies are, even through walls. This power creates eerie orange silhouettes where enemies are patrolling, making stealth a tad bit easier.

Later on, the trailer also created a situation where Amicia was unable to protect Hugo from incoming soldiers. Hugo was then able to summon his rat powers, luring thousands of the critters onto hapless soldiers, consuming them entirely. 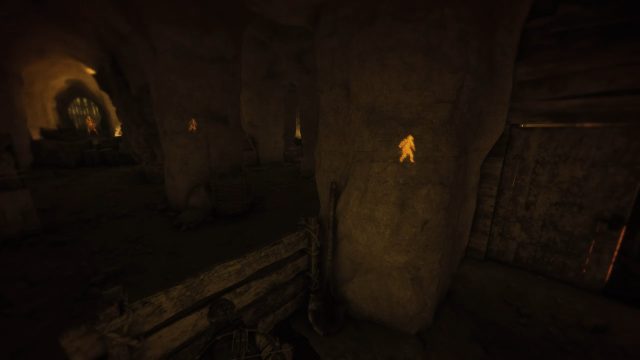 New in Requiem is Rat Vision

This results in Hugo passing out, and Amicia carrying her brother to safety right before the trailer ends.

A Plague Tale: Requiem definitely looks like a huge step up in terms of graphics and presentation when compared to its predecessor. Even back in 2019, Asobo Studio was already able to create visually striking and haunting environments. Now about three years later they have yet again created wonder. 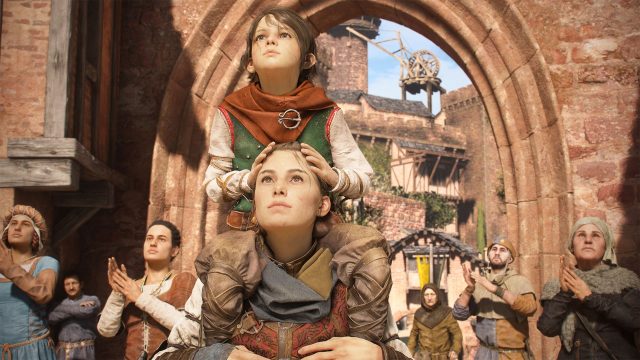 Enhanced Visuals All Around!

Graphics are much sharper and contain more detail. Lighting is also much more immersive, perhaps in part due to the implementation of Ray Tracing into the game.

However, I did notice that some facial animations for side characters in the cutscenes could use a bit of work. Hugo and Amicia do look great though, especially Amicia’s new grizzled, lightly armored look. The siblings do look like they’ve been through hell and back, and are still bound to go through it one more time.

A Plague Tale: Requiem was confirmed to release this Winter season, on October 18, 2022. Preorders are now live on Steam and the Xbox Store as of writing. It will cost $49.99 on PC and $59.99 on Xbox. The game will also be available on PlayStation 5 and the Nintendo Switch, though the latter will only have it through Cloud Streaming. 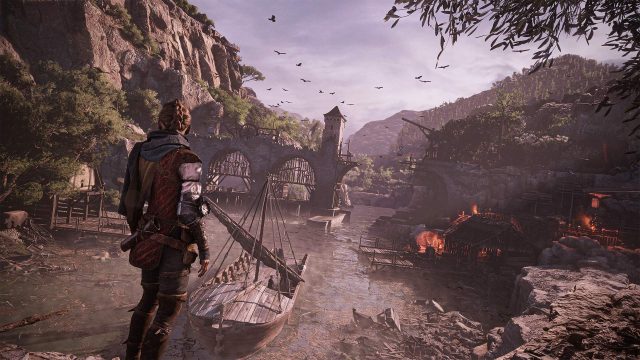 Preordering now will give players access to the “Protector Pack”  which includes a custom skin “The Red Damsel” for Amicia’s new crossbow. She will also get some other cosmetics, such as flowers for her hair. 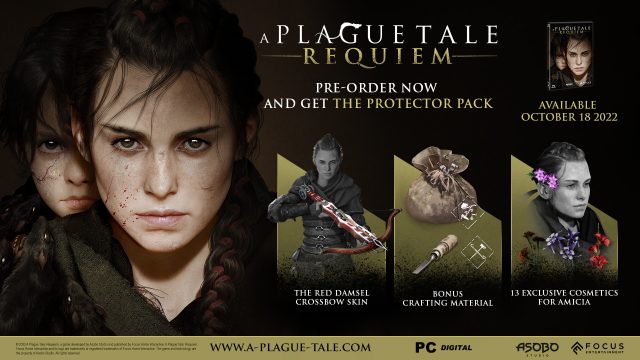 Players will also receive a small boost in the form of bonus crafting materials to help them start out.

Be sure to check out our A Plague Tale: Innocence Review to see the previous game!

For more news, check out Cyberpunk 2077 Board Game CMON Kickstarter Has Almost Tripled Its Goal and Xenoblade Chronicles 3 Reveals Details on the World, Its Characters, and More.