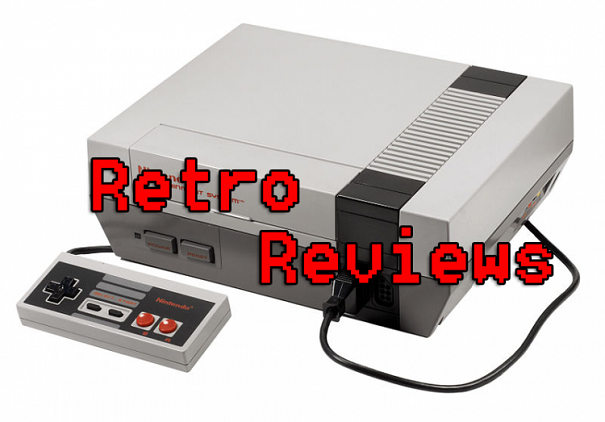 What to do when you wanna game, but at the same time you don’t, when the desire to play your modern and trendy titles like Saints Row IV, Dragon’s Dogma: Dark Arisen, Borderlands 2 or even the brilliant Dark Souls just isn’t there? Where to turn to when all of the games that comprise the large swath of clusterfuckery that is my Steam library look dull? You go check out your console backlog! 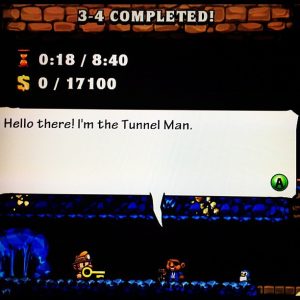 When HD just doesn’t do it

When first hit with my backlog itch, I turned to Spelunky or more specifically, the HD re-release on the Xbox 360. This very fun and sadistic indie platformer is one I highly recommend, as it weaves difficulty, humor, and a seemingly endless stream of surprises quite expertly, owing to the randomly-generated nature of the game. I was having fun, until I hit a frustration wall.  I was tasked by the Tunnel Man to bring to him the gold key from the Mines so that he could unlock the final shortcut of the game and after a bevy of fruitless attempts I became frustrated. Frustrated at doing the same thing and not getting any closer to my goal. In fact, so plentiful were my fails that I actually began doing worse and, seemingly, losing skill. Annoyed and unwilling to prove Albert Einstein’s theory of insanity, I looked elsewhere again.

For reasons I cannot quite explain, I had a nostalgic urge to look way back. Specifically to one of gaming history’s icons – The Legend of Zelda: Ocarina of Time. To keep it even more authentic I decided I would be re-playing this game on the Nintendo 64. None of those poser GameCube discs and Virtual Console stuff, but the original 1998 release. (The hardiness of this console cannot be overstated. I picked this bad boy up in 1997 and cared for it with all the T.L.C. you’d expect from a 7-year-old and it’s still in excellent working condition!)

So I hooked the old console up to the T.V., popped in the OoT cartridge, and plugged in one my N64 controllers. I was immediately reminded that  the N64 controller is probably my favorite controller of all time. The size, weight and balance of it feels exactly like Goldilocks’s porridge tastes. Then I was ready to hand the reins over to Link.

The setup for Retro Reviews

Now, the purpose of this nostalgic run-through is not to talk about what happens in the story of LoZ: OoT specifically, as I assume most people who would be reading this article already know what happens in the game. Rather, I’m more interested in seeing how the game has aged in 15 years. Gaming and the gamer have evolved so much. We’re on the cusp of a new console generation and, a Nintendo 64 game, no matter how many accolades have been bestowed upon it, is playing from a decided disadvantage. That is my hypothesis, anyway. So, without any further gilding of the lily, let’s get this roller coaster ride going with a brief overview of the first few introductory chapters.

Our journey begins with Link being summoned by the Great Deku Tree to save Hyrule. The great tree sends out the guardian fairy Navi (who may or may not be revisited later on this series) to wake up the Hero of Time. She does so, quite rudely might I add, and we leave the confines of our tree house.

Ignoring Navi’s pestering, (I know where to go) I set out for my sword. It does not take long for me realize that the “peeking-around-walls” mechanic in games have improved ten-fold. No matter though, I am able to claim my Kokiri Sword (It looks pretty pathetic in all honesty, but it’s my starting sword and the item I need to progress). After a minute or so of running around the beginning town accumulating Rupees, I collect enough to buy my first shield, the Deku Shield. Now, with shield and sword equipped and feeling like a bonafide badass, I’m ready to talk to the Great Deku Tree.

“Inside the Deku Tree” acts a tutorial level of sorts and is not very interesting. We should get through it pretty quickly. Soon after entering the tree and climbing a few ladders we find one of the most important kid Link items, the Fairy Slingshot. I’m sure it will help us immensely on our journey. After cracking the Deku Scrubs’ ingenious code, “23 is number 1”, I am allowed entrance into the boss room (I always thought this was a nod to Michael Jordan, which really just outs me as a huge b-ball nerd).

The boss, “Gohma” is a pretty easy one, in my opinion, and a very fun fight. For a first boss of a game I’d say she’s of excellent quality. She makes you use all your controls, B, Z, A, and C (R is optional). She is also challenging enough so as to at least threaten an adventurer with a measly 3-heart life counter. Now, I use Deku Nuts in this fight to stun her, (mostly because that’s the way I’ve always done it) but apparently that is not the most common tactic. The most annoying thing in this boss battle are the eggs she lays. If you allow them to hatch (I didn’t in this fight) little baby Gohmas come out and can make the battle noticeably harder.

With Gohma defeated and the Great Deku Tree’s cursed lifted we are spirited back outside and are privy to the Great Deku Tree’s dying words. We are cautioned about Ganondorf and learn about the forging of the Triforce – Din (power), Nayru (wisdom), and Farore (courage). Before the mustachioed tree dies he gives us our first Spiritual Stone, the Kokiri’s Emerald and he also gives us our next objective, to find princess Zelda.

Coming next, the review!

With the setup for the game and this reviews explained, part two of this article will look to the further aspects of the game and how it has aged, and how it holds up age so let me know what interests you and I will make sure to take not of my reactions in real time.

5 comments on “A Link to the Past Gaming: Introduction”