The Dragon Age Inquisition is latest entry in  Bioware’s famous RPG franchise Dragon Age. Taking the game a step further towards open-world, emphasizing on companion stories, party banter, and managing an important organization. Along with the series most defining moments where you make big decisions, and as always, save the world.

Despite some minor problems, the game met with praise for its plot, storytelling, graphics, and to some extent its gameplay. But in this article, I leave these big shiny features and go under the surface, to the finer and smaller details that made Inquisition such a great Dragon Age game. The innovations where developers have combined passion and good deal of effort, creating a believable and coherent Thedas. A place we would want to visit again in the upcoming Dragon Age game. Having a Base to Call Home

Whether it’s Haven at start, or Skyhold later on, it felt like home. Somewhere to return to, and meet your companions, advisers, and members of your organization. A place to rebuild, improve and utilize. A proper castle with interiors and exteriors, not just indoor rooms like most other RPGs. People moving, working, training, visiting/leaving, reporting to each other, and even pranking! It felt so alive, adding a hint of customization which was a nice touch. An all time improvement from the forest camp we had in Origins!

Customization of banners, decorations, glass, and choice of bed were all good, though they lacked ‘impact’. Any decision here held no consequences, no relation to quests, and no influence on character movement based on your choice. With the exception to the surgeon who moved to Infirmary (if you built one) and Vivienne vaguely commenting on decoration. So I really hope they expand upon it in next game.

War Table and Utilization of ‘Agents’

Remember the “War Assets” and “Readiness Rating” from Mass Effect 3? Features that brought the wrath of so many players for its useless design, and connection to multiplayer mode. Long story short the “War Assets” was a failure, needing some tweaks in later patches to make it acceptable, and making the secret ending achievable without forcing players into multiplayer.

Upon first news of the “War table” in Dragon Age Inquisition, It was clear it’s the spiritual successor for war assets, and fans began to worry. Until the game released, when we could finally put our hands on the feature, and oh man! It was such a great way to spread, utilize, and witness your influence over the entire world of Thedas. As Inquisition took place in Southern part of the world, and you could only visit a select few regions, war table was the best compromise to interact with other parts of the world. 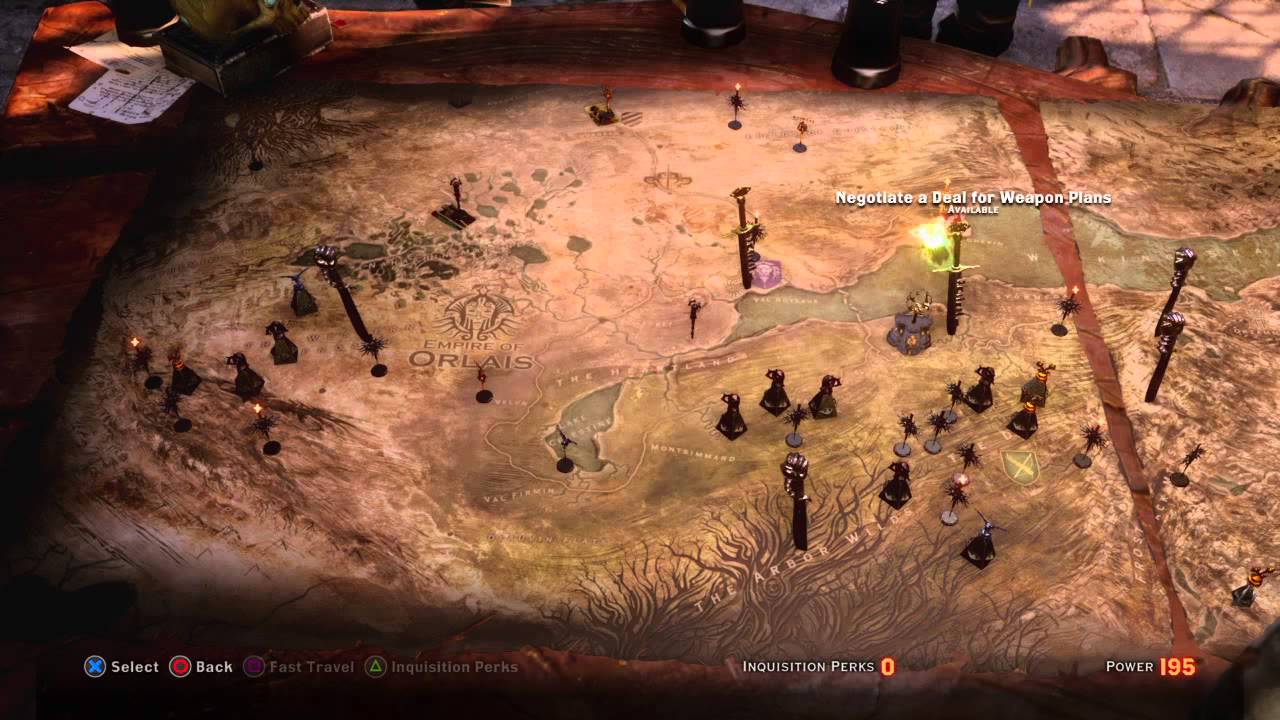 There’s an issue at the borders between Nevarra and Tevinter Imperium, far beyond your party’s reach. Use could use your ‘connections’ and send diplomats to dissolve the growing tension. Ventorai agents are reported in every noble house in Thedas. You could then ask Leliana to have Charter and her agents sabotage these nobles and snap them out of it, or just assassinate them and be done with it. Cullen could then send forces to occupy the college of the enchanters in Nevarra to recover artifacts left there after enchanters had abandoned it. Or he could track down Darkspawns source in the most South Western part of the world. Josephine could bring allies to work with wardens to reduce the losses, and Leliana could spy on the noble who mined a Deeproads entrance.

The possibilities were endless, you could decide the fate of entire families, clans, and cities upon the war table. Receiving reports from named agents, and even NPCs you recruited along during your journeys. It was so refreshing and innovating to control these agents, and I really wish to see more of it in next games.

When I first played The Witcher 2: Assassins of Kings, it blew my mind finding it branching out heavily in the main quest. It was a step up in creativity, adding a new level to replay value of the game. Dragon Age Inquisition also took that step up with the Mages vs Templars war. The Inquisitor had to resolve the ongoing conflict in some way or another, and while he lacks means to bring them together peacefully, he faces a formidable choice: Side with one or the other. Either choice would bring you to an entirely different area, facing majorly different threats, and resulting in completely different experiences. Both quests allowed you a choice to conscript the faction, or to become allies. Adding a new layer of depth to the end result.

These were two perfectly designed and mutually exclusive quests. I can’t praise enough how In Hushed Whispers or Champions of the Just were one of the strongest parts of the game where narrative driven sequences are involved. Mary Kirby and Sylvia Feketekuty have truly made a masterpiece.

The extent of these quests goes on and on, spanning the entire game. As some companions join your party at different orders, and the series of war table operation available vary heavily. It even results in you even receiving a different “nemesis” for the rest of the game, with distinct quests and ways to weaken them. The whole experience feels fresh when replaying the game with other characters, and surely it’s something Bioware should expand upon in the future. Being Judge, Jury and Executioner

In real life it’s not right to have one person to possess all tools of judgment at will, as it’s a formula for corruption. Which makes it a very strong aspect in fantasy genre, exploring the feeling of ultimate power over people’s lives and fate. Sitting in judgment on your throne at Skyhold was the peak of emotion after each main mission, and many of the side quests. It’s different to making hasty decisions in the heat of battle, sitting in judgment is a deliberate action.

You are back at Skyhold, the threat you faced is defeated, the conflict is resolved, and the guilty party is safely in irons. The quests do not trigger automatically, but you decide when to take it, and then your subjects bring the accused before you. Your advisers give you a brief of the crimes they have committed, a shy suggestion about how they see the “grievousness” of said crimes. For me, the moment brings up memories of the quests, and circumstances. Sometimes I felt anger boiling in the pit of my stomach, still seeing the smug face of the Magister who enslaved wardens, body, soul and will. It was if he had personally challenged me, gave me a big headache and now I have defeated him, and his life is mine.

A Fate Crueler Than Death!

With that build up, many choices are now open up for me. Their variety depends on my character’s knowledge, perks or certain choices I made previously. With the Magister bragging how death would help him ascend from his physical form, I can deny him death. Instead, with enough magical knowledge, I can subject him to the Rite of Tranquillity. And oh my god, how satisfying it was, seeing him crying in agony upon learning his fate. Or A Second Chance.

On the other hand, if you have a pragmatic Inquisitor, you can recruit the less vile characters. Or send them all to prison, forgive them for their crimes or maybe subject them to public service? Or even exile them into Tevinter to wreak some havoc? The choice is always yours and yours alone. That is something we want to retain in future titles, in some form or another. Though I’m confident it will persist as the judgment aspect in this title is as old as Dragon Age: Awakening (the expansion for the very first game).

Well this one is debatable to a certain degree. Gear progression in previous Dragon Age games never has been one of its strongest aspects. As you might throw away most of the gear, sell it for mere pennies, store it for fashion reasons or never get a chance to actually use. Inquisition have added tons of new unique gear that smoothed the gearing up a little, but still, you would throw most of what you get away. Crafting on the other hand brought an efficient shortcut for the gear you wanted.

It might be frustrating at the start, with so few schematics and lack of knowledge of where to find best resources. But as you finish one playthrough and start another, exploring more areas, making different decisions, and executing war table operations, it gets easier. You sync all your progress through the Golden Nug, and get more choices for crafted gear, and mastercrafting. Then you might have your character look more presentable and gain stronger armor at same time. Better, you can customize materials of armor, which will not only change color, but you can completely change the fabric and you can find really neat combinations. 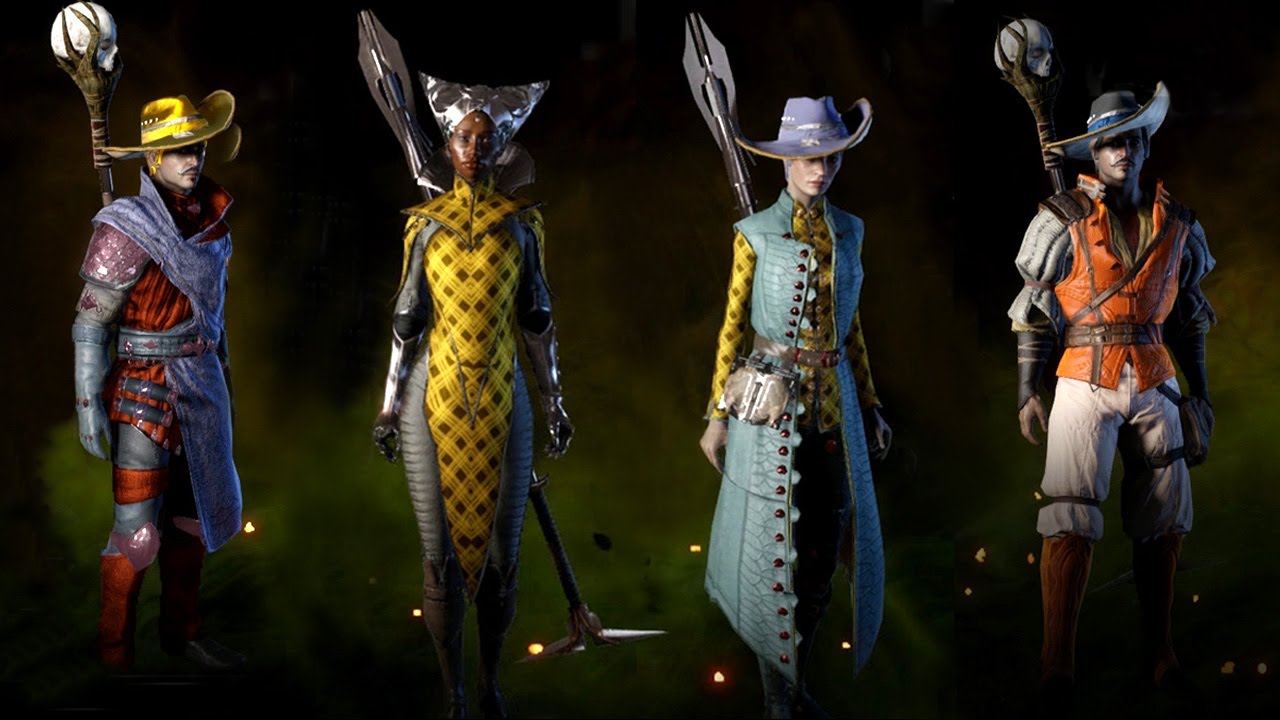 It’s a whole step up from previous games, which easily allows many players to finish the game on the highest difficulty, with some more challenges turned on and this should be here to stay.

Dragon Age Inquisition is available to play on Playstation 4 and Xbox One as well as on PC.

8 comments on “5 Innovations Dragon Age Should Keep After Inquisition”