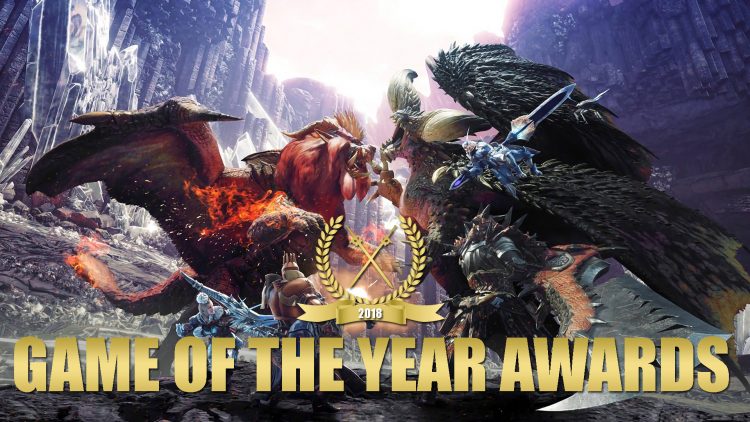 Welcome to Fextralife’s yearly GOTY awards! The Fexy Awards feature our favorite games of the last 12 months, but with a different twist than most sites: We focus on the games our community loves! These are the winners of this year’s game awards. 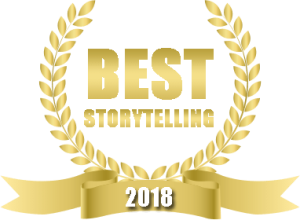 Red Dead Redemption 2 was the blockbuster gamers expected, and we certainly enjoyed it as you can see in our RDR2 Review. Whilst the game starts out slow and has some drawbacks, we felt truly transported to a Wild West story, where both allies and enemies had convincing motivations delivered through exceptional voice acting. A compelling music score only adds to a 60 hour buildup to a magnificent finale that will not disappoint. 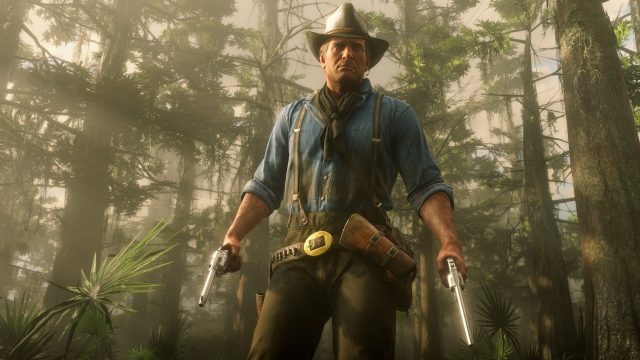 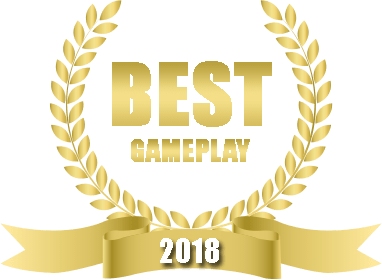 Dead Cells had been in early access for quite a while, but we reserved final judgement until the full game was out, and we are so glad we did. In a year featuring remasters, relaunches and sequels, this indie title managed to outdo AAA studios in the gameplay factor by delivering an undeniably fun experience that extended beyond the player to be shared in streaming. The excellent Twitch integration of the title meant that streamers and their audience could join in to battle with and against each other, complimenting the dynamic gameplay of this roguelike. Whether you were streaming, participating in an audience, or simply playing by yourself, Dead Cells is simply gameplay fun. 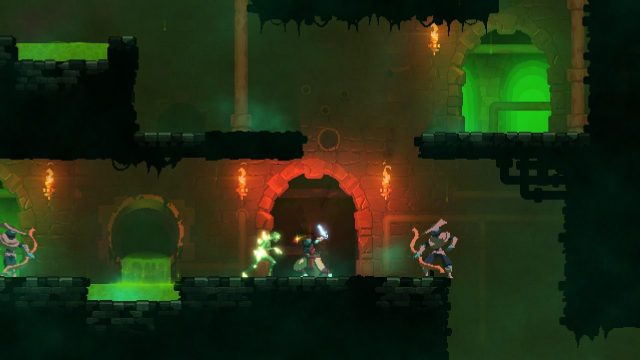 Dead Cells proved that gameplay is king, and Indies can make budget FUN 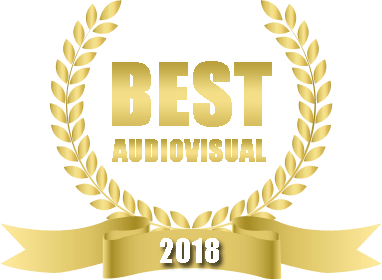 Whilst Red Dead Redemption 2 has a fantastic score and great voice acting, we feel that it was God of War that pushed the boundaries of what audiovisuals can do. Delivering a fantastic rendering of norse mythology with a unique stylistic approach, Sony Santa Monica surpassed our expectations even as we prepare for more Last of Us 2. The world of Kratos is detailed, mystical and interesting, with exceptional performance at 4k, which is integral to an action-adventure title. The voice acting gave a superb delivery, convincingly refocusing the game’s mythos, and the excellent music score delivered a fantastic background for our explorations. 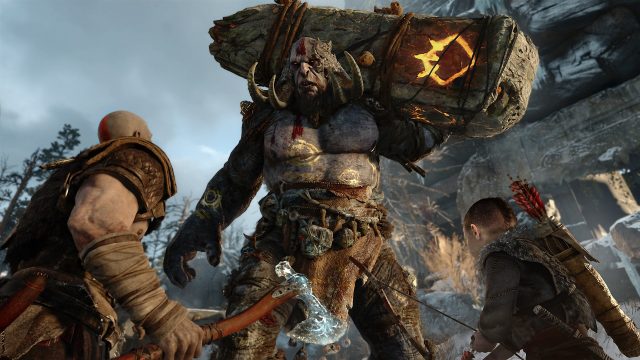 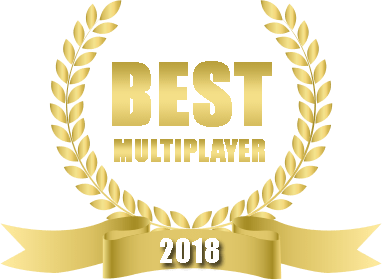 Fextralife users were thrilled to hear that Dark Souls Remastered would introduce revamped multiplayer features, and it was the most MP fun we had all year. Whilst other titles may do multiplayer features more extensively or impressively, the allure of a good Coop / PVP sessions of souls is simply too much for us to pass up and loved the nostalgia trip. Whether you’re looking for help with a difficult Boss, or simply want to participate in Forest Covenant griefing, Souls players from all incarnations of Lordran converged to make it happen via pvp events, tournaments and jolly cooperation.

Dark Souls’ Multiplayer formula is timeless, but the improvements from sequels re-ignited our passion. 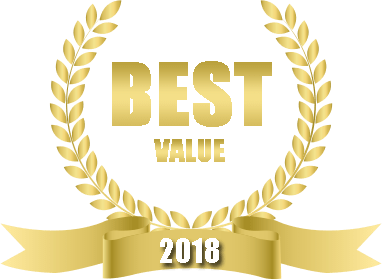 Monster Hunter World takes our Best Value award by virtue of its commitment to a stream of wonderful, free DLC and Events. The game clocks in over 50 hours of basic story mode, which unlocks at least another 50 hours of advanced hunting, and is then buffed up by weekly event quests, seasonal Festivals, and the introduction of new special monsters and harder versions of previously known monsters – all for free. In a world plagued with microtransactions and cut content, the Capcom team kept true to its “Play to Win” word and we have gotten hundreds of hours from our launch-day 60 USD. The game is due its first paid expansion Fall next year, at which point you might even be able to get this bundled for an ever better value pack! 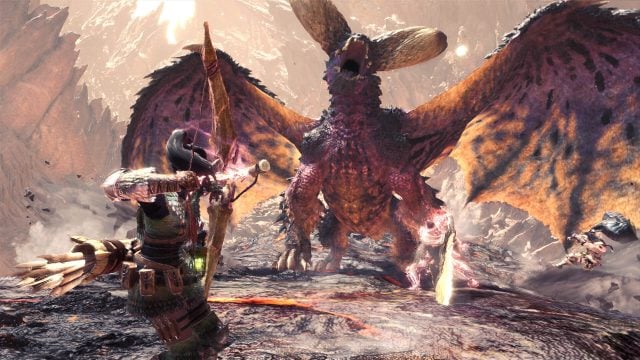 Thousands of Weapons, Hundreds of Armor Pieces, Dozens of skills, Decorations and Monsters to face – amazing value for MHW 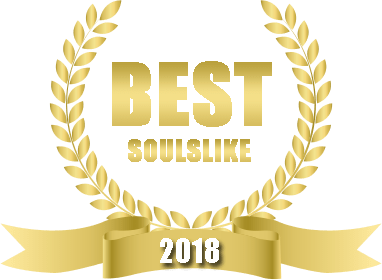 Souls has become its own sub-genre of action-RPG, and this year the game that we felt gave us the most original yet close experience was Death’s Gambit. Bringing pixel art execution to the souls formula is not as easy as one might think, but the intricate systems of Death’s Gambit and the slow but engaging introduction of its story and characters rang all the right bells. Whilst the game didn’t deliver on all of our expectations, the developers have announced an incoming free DLC that will address player concerns and adds content such as new bosses, weapons, and main world improvements. We really enjoyed this title so we’re looking forward to it! 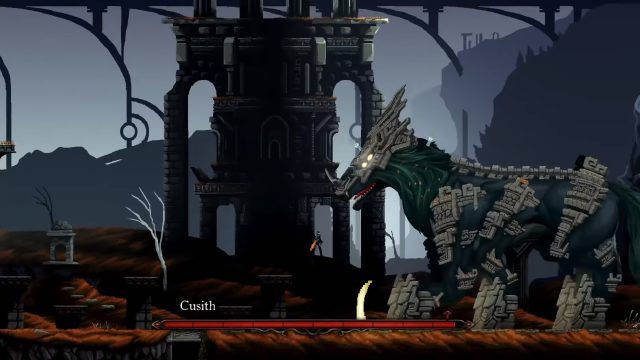 Soulslike is more of a “feel” than a tangible, and Death’s Gambit scratched that itch 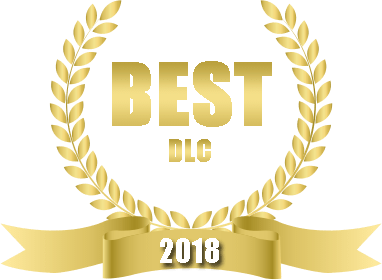 Elder Scrolls Online launched a gorgeous expansion this year, giving players access to the Altmer island of Summerset. Besides providing a truly gorgeous backdrop with an interesting story, the expansion brought the long-awaited Jewelry Crafting. Other changes to the game that affect all players (for free) included the introduction of Jewelry Traits, Daily Login Rewards, Two-Handed weapons started counting as 2 set pieces, PvP improvements and the ability to gift Crown Store items. To top it all off, the ESO team has since deployed several events that reward free mounts and and even an amazing house for players who participate in them. 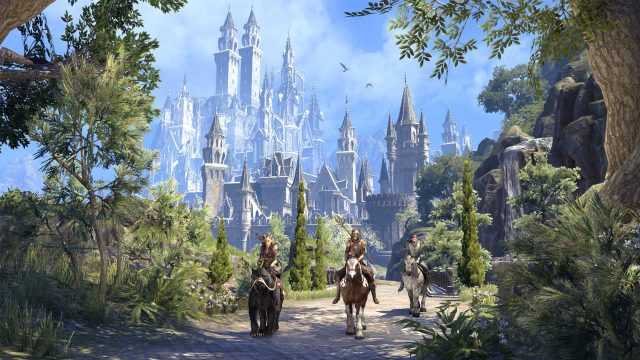 Elder Scrolls Online: Summerset brings the right combination of paid expansion and free improvements that we want to see with a DLC 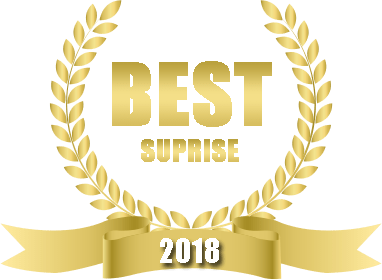 Fextralife is all about RPGs, and this year we really enjoyed getting to play Pillars of Eternity 2: Deadfire. With the second installment in a franchise of what many players consider the spiritual successor to Baldur’s Gate, Pillars of Eternity 2 surpassed our expectations. Obsidian built upon the success of the first title, and added a depth of character customization never before seen in gaming. With endless possible combinations of Classes and Subclasses, the replay value of PoE 2 is nearly endless, and Obsidian keeps on cranking out the content. With 11 new Subclasses added just a few weeks ago, it is likely that no one player will ever be able to experience all of the possible combinations. 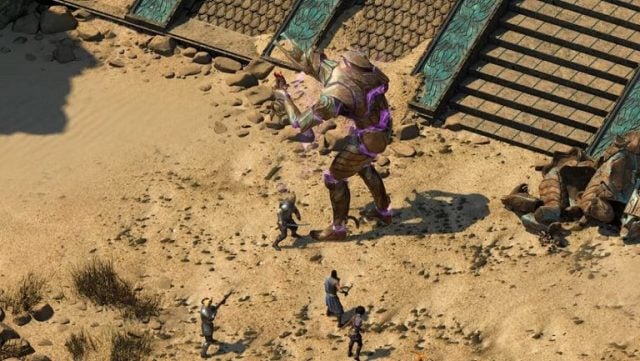 Pillars of Eternity 2: Deadfire delivers on its promise to stay true to CRPG core and gave us so many character customization options we fear we might never stop making builds

Assassin’s Creed Odyssey was not a title we were expecting to get hooked on, but we are certainly very glad we did. Whilst we enjoyed the original installment of the AC series, we felt things had gone downhill with yearly production, and we are extremely happy to see a change in direction towards RPG elements and immersion. AC: Odyssey surprised us by delivering a compelling rendition of Ancient Greece wrapped up in excellent gameplay, fantastic graphics and considerable scale. We cannot wait to see what Dragon Age’s boss Mike Laidlaw brings as he joins the AC: Odyssey ubisoft studio. A world like Odyssey for a fully immersive, decision-based and customization-friendly RPG would be the dream. 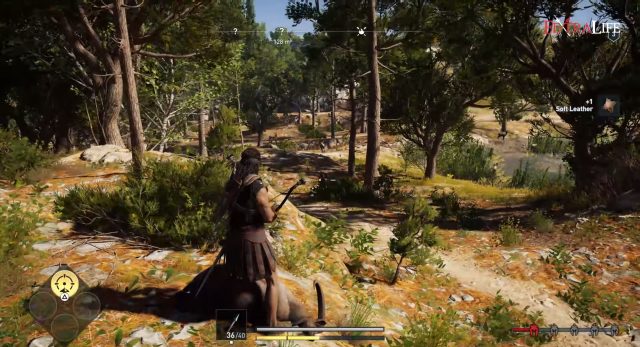 Character Choice, Skill Trees, Equipment customization – Assassin’s Creed is becoming an RPG and we love it 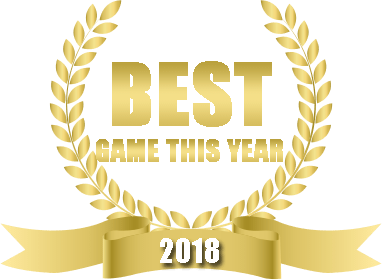 Capcom finally brought its unique hunting title to the Playstation 4 and Xbox One, and PC. Many feared that the game might not translate well to a more mainstream audience, or that it would over-simplify and do away with the complexity that has kept fans glued to the series for years. These fears turned out to not have been necessary, as the game delivered a precise mix of oldschool and new mechanics that are enticing to vets and mainstream alike.

Monster Hunter World is the perfect installment to introduce newcomers to the Monster Hunter universe, providing 4k resolution, excellent performance, and a constant stream of fresh content so that you might not even think about having done it all. Doing away with lengthy explanations that presented a barrier to entry, Monster Hunter World instead provides layers of complexity that players can discover and master at their own leisure. As we played, we discovered new and interesting aspects and mechanics, tried new techniques, and overall enjoyed the social and gameplay aspects of the game. Large, Powerful and Impressive, Monster Hunter World takes on favorites such as RDR 2 and GOW and comes ahead simply by virtue of its uniqueness and commitment to delivery. Our Forums and Discord boast 75k and 25k members, so picking a member of the year is always a challenge. This year, however, we must highlight the consistant and wonderful contributions of community volunteer moderator MotherEternity. Juggling kids, family life and a full time job, ME still finds the time to help those in need in several games, respond to forum threads, and keep our site spam free.

As always, this is a very difficult choice as there are thousands of editors constantly contributing to our 100+ wikis. Xsanf wins the year for his dedicated contributions to the Pillars of Eternity 2 Wiki, where he has not only found and fixed mistakes, but sourced and placed images, created pages, and contributed to the overall well-being of this wonderful title. Special mentions to DKS3 wiki contributors Conjuri12 and MHW contributor BlueWhiteNexus, who have been adding useful notes, updating events, and fixing typos consistently all year.

Community member and chat moderator PrimeraEspada91 wins this section two years in a row!. His Monster Hunter World Guides have helped us on countless occasions, but his dedication to the Fextra community goes far deeper, providing Video Footage for Dark Souls Remastered and Death’s Gambit Walkthroughs, and detailed guides for Red Dead Redemption 2 and many other games. Thank you Primera!

Also please thank Xaphalys the dedicated and talented for her work to translate Fextralife articles into French!. Her translations have made it possible for our French-speaking users to get some content in their preferred language. Thank you Xaphalys!

It’s been a great year for gamers that featured a Souls Remaster, a God of War Re-Focusing, several awesome sequels and some amazing indies. You can check this list of 2019 games that we are excited about! You might also want to check out 2017’s winners.

Thoughts on our picks for this year’s awards? What were your favorite games of 2018? Do you think Sekiro will take all the awards next year? Be sure to let us know in the comments!