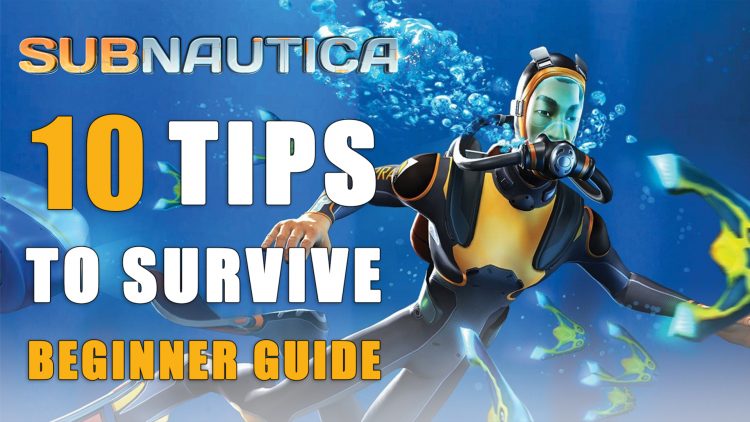 With the release of Subnautica: Below Zero recently, you might be tempted to revisit the original game Subnautica to practice your underwater survival skills. I’m here to bring you some life-saving tips and tricks you might not have known about your first time around so you can rule the sea. Watch out, Reaper Leviathans, we’re coming prepared this time.

We already know that bladderfish are essential in the early game for crafting water bottles and keeping yourself hydrated. However, these adorable swimming Brita filters also have another use. Just grab one right out of the ocean and chow down on the raw bladderfish to restore a small amount of oxygen! These can be great for early game cave exploration before you’ve gotten the chance to craft better oxygen tanks.

Swim over brain coral for oxygen

Brain coral is good for more than just the puny task of building advanced underwater computers to power high-tech diving machines. They also blow bubbles! Brain coral burp out 3 bubbles at a time that can restore up to 30 oxygen — nothing to sneeze at and definitely more than what bladderfish can do for you. Brain coral also tends to spawn in caves, where they’re most useful to you. In the dark, brain coral bubbles give off a small amount of light when they pop, so keep an eye out for what looks like a light that blinks 3 times. 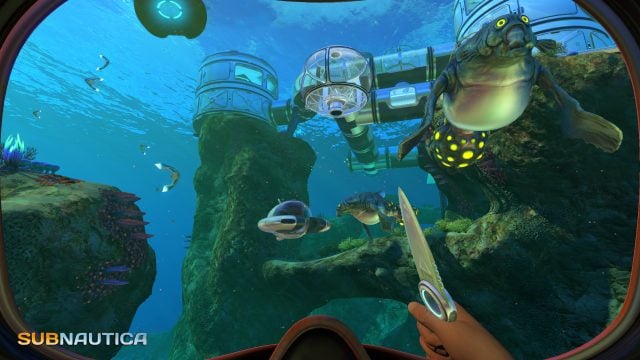 If you’re worried about needing a little more extra oxygen than what a bladderfish or brain coral can provide, you can carry an extra oxygen tank in your inventory with you to swap out once you start running out of air. This is especially useful for deep dives or exploring wrecks so you don’t have to worry about drowning alone in the dark on an alien planet where no one knows your name!

The trade off is of course that it will take up a significant amount of your already limited inventory space. It’s also worth noting that while every oxygen tank slows your swim speed slightly when equipped, the Ultra High Capacity Tank will also slow you slightly even when it’s in your inventory.

You get an extra second of mobility after you blackout

If you’ve spent any amount of time playing Subnautica, you are intimately familiar with this series of thoughts:

Hmm, just gonna collect this copper… Oh man, I wasn’t paying attention to my oxygen, I gotta get out of this cave. Where’s the exit..? Oh god, where’s the exit?? This way?? Yes! I can see the light, but my oxygen is dropping fast, go go go! Please please please let me survive. The surface is so close yet so far…I’m not gonna make it. It’s so close. Is this where I die? Alone in the ocean, killed by my own hubris? The light… It’s fading…

But! There’s still hope. You actually have about a second of continued mobility after the screen goes black to surface or make it into your Seamoth. Keep your finger on that up button! You’re gonna make it, diver. Just remember to watch your oxygen next time. 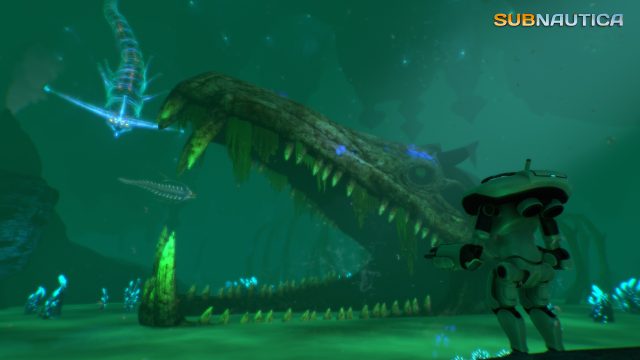 Wearing Charge Fins with the Seaglide for an infinite charge

Among your options for fin upgrades, there are the Charge Fins, which use the motion of your legs to charge any tool currently in use. The Charge Fins will charge your tools 1% for every 10 meters you swim. This means that the fins charge your Seaglide faster than it drains, giving you unlimited power as long as you have the Charge Fins equipped.

This trick is usually better early-to-mid game, though. Later in the game you’ll have a battery charger, so you won’t have to worry so much about your Seaglide’s power. You’ll probably prefer the Ultra Glide Fins for the speed upgrade.

Speaking of batteries, here’s a tip for recycling your dead batteries. Before you have a battery charger, you might be tempted to just leave your dead batteries just sitting in your storage once they’ve run out of juice and craft new ones. But if you use those batteries to craft something new, like a laser cutter or a stasis rifle, the battery that shows up in the tool once crafted will be at 100%. Free energy!

This also holds true of power cells and ion batteries. Power cells take a loooong time to charge, so don’t be afraid to use those dead ones to craft something new instead of waiting around for them to charge.

Your hunger meter can go above 100

Your hunger meter can be pushed up to 150 at the maximum by eating when the meter is slightly below 100, like at 99 or 98. The best way to do this is by eating a cooked Reginald because (and here’s a bonus tip) it’s the most filling fish in the game. This is a good idea to do before long trips to give yourself a bit more of a buffer before you have to worry about eating again. 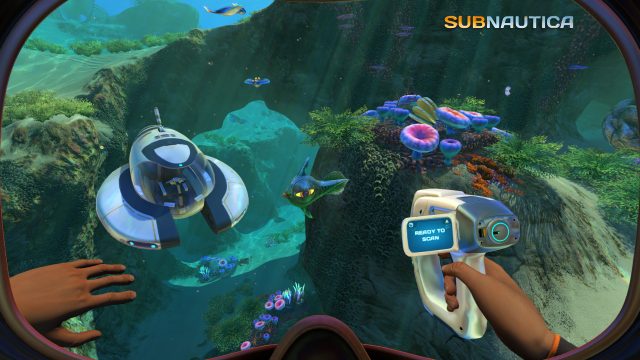 Pretty early in the game, you’ll probably come across various scannable pieces of furniture that seem purely aesthetic, like the desk or chair. They’ll be nice to spruce up your base, but not really functional, you think. Au contraire, my dear diver! You can actually sit in the chairs (although the spinning chair does not spin, much to everyone’s disappointment) in doing so will stop your hunger and thirst meters from draining. I find this especially useful if I need to catch up on reading my PDA entries and I don’t want to just sit around letting my meters drain while I do that. 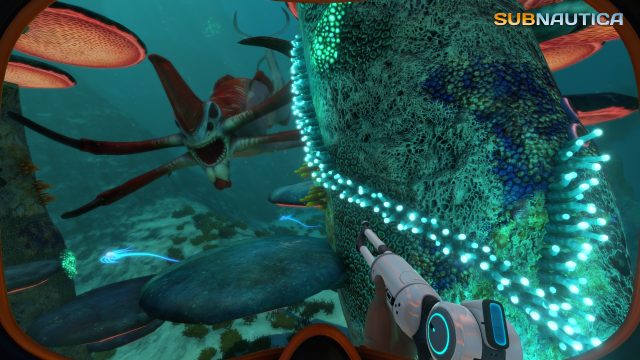 Time Capsules may have goodies from other players

This last trick is less of a survival hack and more of an easter egg. During the course of the game, you may have come across Time Capsules scattered across the ocean floor. These capsules contain a variety of items in them and sometimes an image and message. These capsules are actually generated by players at the end of the game and seeded into other players’ games to be discovered. Time Capsules don’t always have useful items in them, but they are definitely interesting. Sometimes you might find a “Keep Calm” kitty poster or some titanium, and sometimes you might find The Depths of My Love, an anime AU fanfic about kawaii high school freshman Bone-chan the Boneshark, published entirely via Time Capsules.

I hope these tips and tricks have added to your Subnautic experience. I wish I had known these when I was doing my first few playthroughs. Surviving on 4546B is all about preparedness and armed with these tricks, you’ll have some new ways to keep yourself safe. So get out there, divers, and survive!